Posted in MusicWorld on January 3, 2007 by Kevin Zimmerman 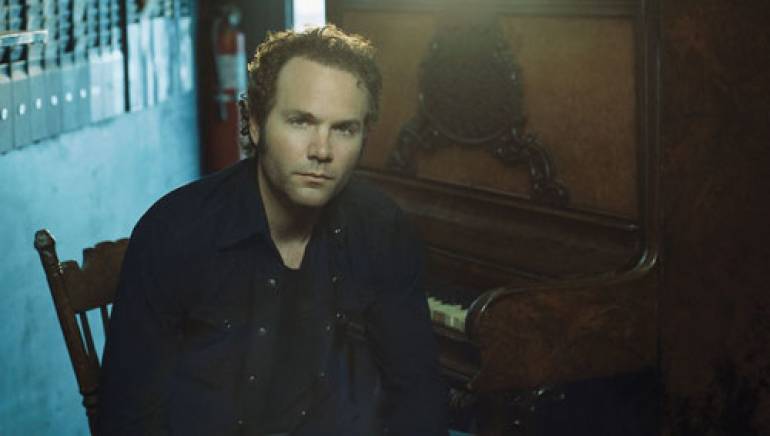 In just a few short years, Five for Fighting has firmly established itself as one of rock’s most earnest—and earnestly rewarding—acts.

Built around singer/songwriter John Ondrasik, the group first made waves with its second album, 2000’s America Town (Columbia), featuring the Grammy-nominated song “Superman (It’s Not Easy).” Although already a hit before 9/11, afterwards the tune became a kind of spiritual national anthem, leading to Ondrasik’s being invited to join Paul McCartney, Elton John and The Who to perform at the post-9/11 fund-raiser “The Concert for New York.”

Ondrasik recalls “sitting at a piano in Madison Square Garden playing a song that seems to provide solace to the emergency workers and their families. Halfway through, seeing these burly firefighters with tears rolling down their faces: It was the most important thing I’ll ever do musically.”

Following up such a significant moment would be a difficult task, and Ondrasik took a couple of years to craft the Battle for Everything album, which yielded another inspirational hit with “100 Years.” “It means a lot as a writer when your songs find their way into everyday lives,” he says. “To hear MP3s of ‘100 Years’ sung at graduations, or to speak to folks about how certain songs helped out, inspires me to keep on swinging.”

Ondrasik aims squarely for the fences with his latest album, Two Lights, which grew out of conversations the songwriter had with a wide range of Americans, from cops (the Ben Folds-ish humor of “Policeman’s Xmas Party”), to surfers and soldiers.

The last subject looms large on the album’s title track. “Two Lights” came about following a dinner Ondrasik had with a young Iraq-bound soldier and the man’s father, a Vietnam War vet. “I wanted to write a song that talked about the reality of how these parents feel,” Ondrasik explains. “The simple thing of ‘Two Lights’ is two lives: the father’s and the son’s. That’s what inspired this song, the look of pride and fear in a father’s eye.”

Ondrasik also turns his keen observational skills on himself, via first single “The Riddle.” Written for his children, the song’s video features John’s blue Mustang, itself passed down to Ondrasik from his own father, and the inspiration for the song “’65 Mustang.” “At its heart it’s a love song from a father to his son,” he says.

Lest anyone think Ondrasik is always brooding, keep in mind his monthly NHL column for SI.com. Why hockey? Look to the band’s seemingly odd name, which refers to the number of penalty-box minutes given to brawling hockey players. “Like everyone in my demo,” he laughs, “I think I know a hell of a lot more about sports than I actually do.”