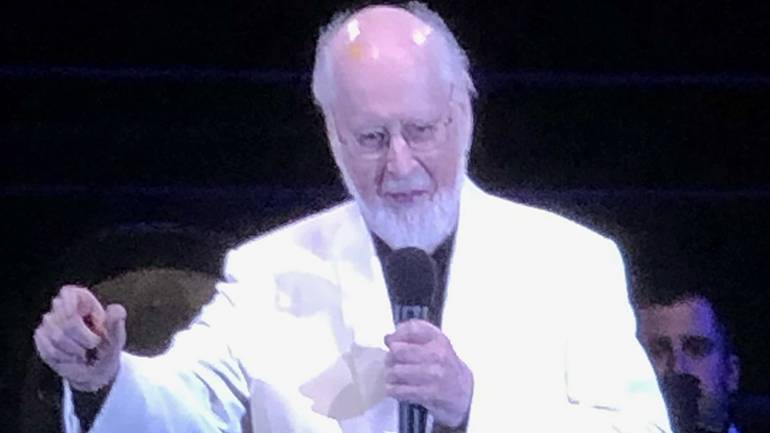 BMI composer John Williams acts as host during the evening celebrating his music at the Hollywood Bowl.

The legendary music of John Williams, as well as the beloved master of cinematic scores himself, was featured at the Hollywood Bowl over the weekend in front of a mesmerized audience. Williams, whose scores include all of the Star Wars films, Jurassic Park, ET and dozens of others, not only hosted the landmark event, he also took the baton from renowned BMI composer/conductor David Newman to lead the LA Philharmonic in a few of his iconic scores. The annual Labor Day program featuring Williams’ work included 11 pieces from his incomparable resume, some of which were performed live to clips from their blockbuster films. In appreciation for such an unforgettable evening of music, the audience encouraged Williams and Newman to return to the stage three times, providing a 10 minute-long standing ovation at the conclusion. The celebration of Williams was made even more poignant by the fact that David Newman’s renowned father, Alfred Newman, started Williams on the road to his life’s work at Fox.