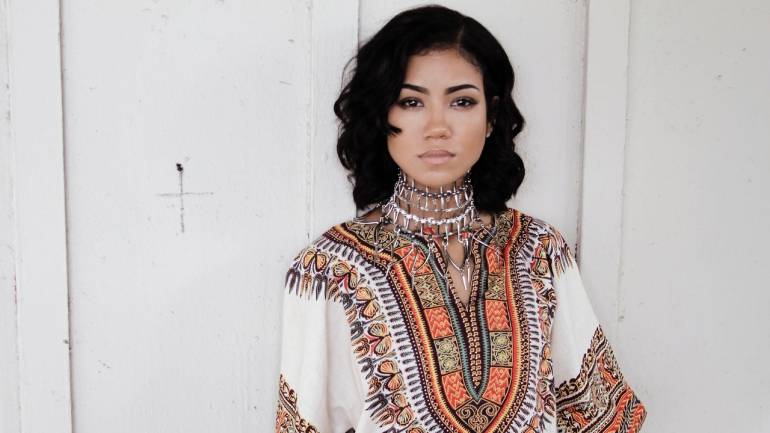 Broadcast Music, Inc. is proud to announce that Jhené Aiko has signed with BMI for representation of the public performances of her music. The talented R&B singer/songwriter, who recently opened for Drake on his European tour and provided stellar sets at Coachella, said, “I’m excited about joining the BMI family. Looking forward to the future.”

Buzz has been building lately around the songstress, who has been featured in publications such as Vibe and Complex while garnering national television appearances on Late Night With Jimmy Fallon, The Conan O’Brien Show, Ellen and SNL, all prior to releasing her forthcoming project, Souled Out. The highly anticipated record is set to include production from NO ID and Fisticuffs, among others.

“Jhene Aiko has brought a new and fresh sound to music. Her smooth voice and compelling lyrics are the perfect combination to fill a void in popular music. I am excited to hear what’s next for her musically,” said BMI Vice President, Writer/Publisher Relations Catherine Brewton. BMI Director, Writer/Publisher Relations Nicole Plantin added, “Jhene’s authenticity is what drew me to her. She is true to herself and her sound and lyrics reflect this. It’s always exciting to be a part of someone’s career who you really believe in.”

This year, Aiko’s “The Worst” produced by Fisticuffs, hit No. 1 on Billboard’s Mainstream R&B/Hip-Hop chart, making her the first female artist to top chart as a lead with a debut single since 2008. Most recently she performed at New York radio station Hot 97’s Summer Jam Festival, and is nominated for three 2014 BET Awards: Best Female R&B/Pop Artist, Centric Award and the Coca-Cola Viewers Choice Award. The BET Awards are slated for June 29, 2014. Click here to hear more about Jhené Aiko.