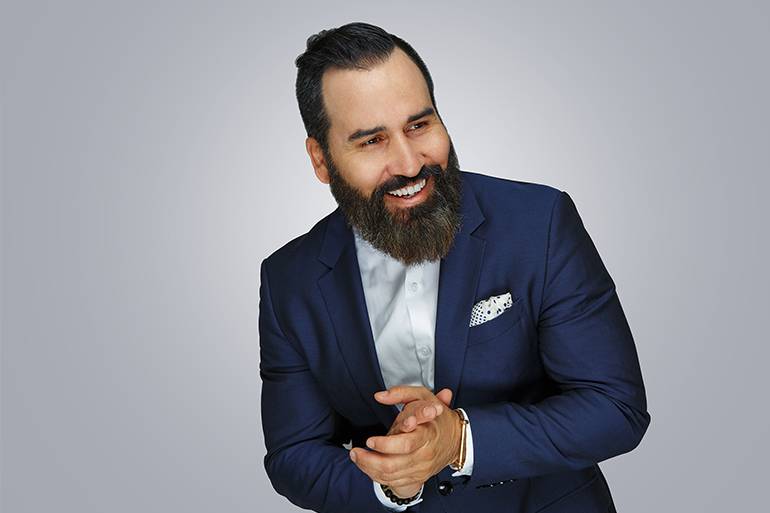 BMI announced today that Jesus Gonzalez will join the company as Vice President, Creative, Latin. He will oversee BMI’s Latin Creative team helping to sign and develop new talent, assist BMI’s family of songwriters and publishers and serve as a liaison between the Latin music community and the industry at large. Based out of BMI’s Los Angeles office, Gonzalez will report to BMI Senior Vice President, Creative, Alex Flores and will join the company beginning March 8th.

“Throughout his career, Jesus has forged strong relationships within the Latin music community as a songwriter and a music executive,” said Flores. “His background gives him a deep understanding for both the artistic and business side of what we do, which is invaluable to our music creators, and his ability to forecast industry trends within the ever-growing Latin music space is second to none. I look forward to working with Jesus on developing new talent and supporting our incredible roster of Latin songwriters, producers, composers and music publishers.”

“As a songwriter myself, I know how important BMI is to those who create music,” said Gonzalez. “I’ve come full circle with BMI, beginning with my first showcase on their SXSW stage in 2005, and now I’m on the other side of the table supporting my fellow songwriters. I’m extremely excited to join the team’s efforts in serving the Latin music community by helping to create and expand on the wonderful opportunities that BMI provides for its affiliates.”

Prior to joining BMI, Gonzalez spent nearly seven years at Universal Music Group, where he was most recently Senior Vice President of Brands & Partnerships. In that role, he spearheaded major collaborations between top Latin artists and global Fortune 500 companies, developed marketing plans around releases to amplify those partnerships and forecasted industry trends. During his tenure at Universal, he helped secure deals for internationally acclaimed performing songwriters, including J Balvin, Juanes and Luis Fonsi, with top brands such as Anheuser-Busch, Pepsi and Mastercard, to name a few.

Other roles include a stint as Vice President of Music Partnerships working with Rogers & Cowan, FRUKT and Octagon under the Interpublic umbrella, and he was the Principal partner at Maleco Music, a music and brand consulting agency.

As a songwriter, he is a voting member of the Recording Academy for the GRAMMY and Latin GRAMMY Awards, and was a mentor for the 2020 Adweek Executive Mentor Program. Gonzalez received a Bachelor of Arts in Political Science from the University of California, Riverside.