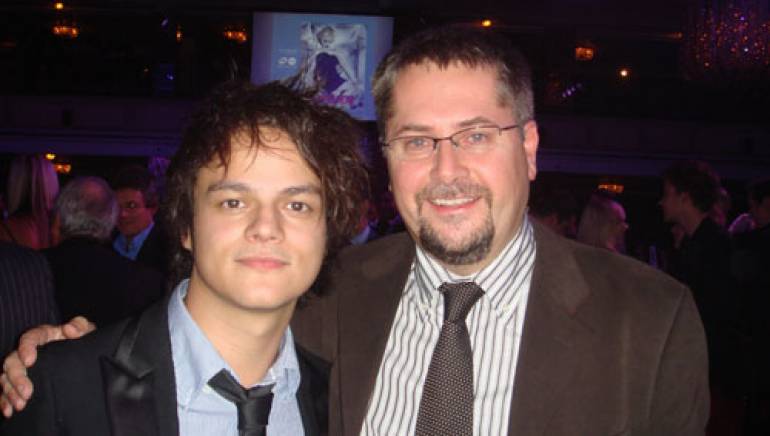 UK jazz star Jamie Cullum became the youngest writer at age 26 to receive a prestigious Gold Badge Award, presented by the British Academy of Composers and Songwriters on October 24 at The Savoy, Strand, in London.

Cullum was born in Essex but grew up in Wiltshire where he absorbed all genres of music, favoring jazz luminaries such as Miles Davis, Herbie Hancock and Steely Dan. While studying English at college, Jamie began performing as a singer/pianist, which led to Universal Classics & Jazz signing him in 2003 and the release of his debut recording Twentysomething. Cullum’s international fame and appeal, has made him one of the brightest, gifted and exciting UK artists to emerge in jazz.

The British Academy of Composers & Songwriters is the single voice for all UK music writers and, with over 2,000 members, is the recognized independent trade association for UK music creators. Covering a wide range of disciplines, ages and musical styles, the Gold Badge Awards are the British composers’ salute to an outstanding group of people who have made a special and lasting contribution to Britain’s entertainment industry.