Posted in MusicWorld on December 1, 2011 by Jon Burlingame 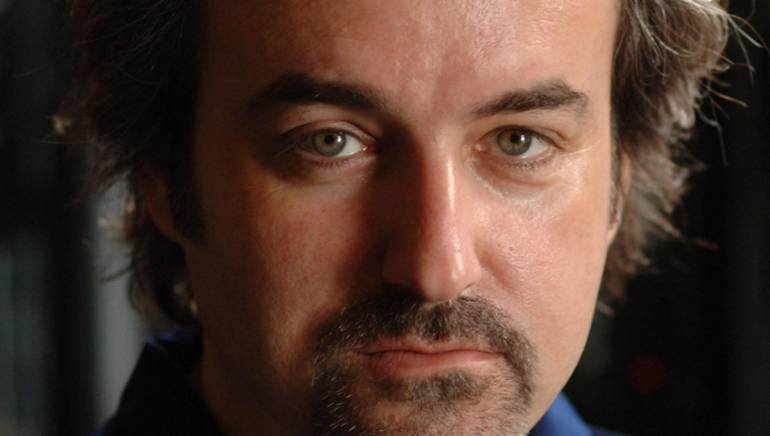 From the Grammy-winning heroics of Independence Day to the pulse-pounding excitement of the last five James Bond films, the music of English composer David Arnold has helped to propel moviegoers into the 21st century with panache. But this year’s recipient of BMI’s Richard Kirk Award for career achievement isn’t just a film composer. His commitment to international human-rights issues and his willingness to take on a major assignment on behalf of his country — as musical director of the closing ceremonies for next year’s Olympics in London — reflect far broader interests.

Recently nominated for an Emmy Award for his music for Sherlock, the BBC’s contemporary update of Sherlock Holmes, Arnold has already written new music for the next season of the Benedict Cumberbatch-Martin Freeman series.

But, speaking by phone from London, Arnold notes his Olympics job will preclude him from writing film or TV music for most of the next several months. He refers to it as “a once-in-a-lifetime opportunity” that will make him “part producer, part remixer, part arranger, part conductor, part curator,” and says that he and his colleagues are hoping to create a show that will be “exciting and different and particularly British.”

Arnold may be well known for his action-adventure scores, but he’s equally at home with contemporary drama, suspense and comedy, from Godzilla to Shaft, Amazing Grace to Morning Glory.

“I have been extraordinarily fortunate to have been able to work on films that have gone on to be liked by audiences,” says Arnold, a favorite of many directors for his irrepressible wit. “Working with David is not really work,” says Michael Apted, who has done four films with the composer, including The World Is Not Enough and The Chronicles of Narnia. “It’s always a relief to have a session with David because it’s so full of good humor.”

“There’s nothing he can’t do,” adds director Danny Cannon, Arnold’s first sponsor in film scoring. They first met in their hometown of Luton, about 30 miles north of London, and began making short films together. So when Cannon landed a feature film, The Young Americans, Arnold was ready for the big time — so ready, in fact, that his trip-hop song “Play Dead” (co-written and sung by Bjork in the film) rocketed to no. 12 on the British charts.

Within a year, Arnold had done the science-fiction film Stargate and, two years after that, won the Grammy for his massive orchestral score for Independence Day. His album of James Bond covers, Shaken & Stirred, helped him land the biggest musical gig among all movie franchises: James Bond, starting in 1997 with Tomorrow Never Dies.

He followed it with four more scores for 007, including winning Britain’s prestigious Ivor Novello Award for The World Is Not Enough, a top 10 hit in his theme (co-written with singer Chris Cornell) for Casino Royale, and powerful music for Die Another Day and the most recent Bond adventure, Quantum of Solace.

But Arnold’s versatility becomes apparent when listening to his cool urban grooves for Shaft and 2 Fast 2 Furious; his evocative choral work and lyrical themes for The Chronicles of Narnia: The Voyage of the Dawn Treader; and the warmth of his scores for such recent, lighter fare as Venus and the sci-fi comedy Paul.

Keenly interested in human rights issues, Arnold recently scored an Internet documentary on the horrifying rape crisis in the Congo. He is also an ambassador for Care International, an organization that is working to end poverty in 70 countries. He traveled to Rwanda with Care executives, saw how great the need was, and came home to produce a pair of concerts that raised more than $100,000 toward the cause. He is hoping to produce a fund-raising single for them later this year.

Asked about how he chooses his projects — whether films, records, charity benefits or large-scale events — he says, simply, that it’s about people: “It’s based on who I’m going to spend my day with. It’s a day I’m not going to get back, so if I’m going to work with someone, I’m going to want to like them. That’s the only thing your life is about — how you spend your day and who you spend it with.”