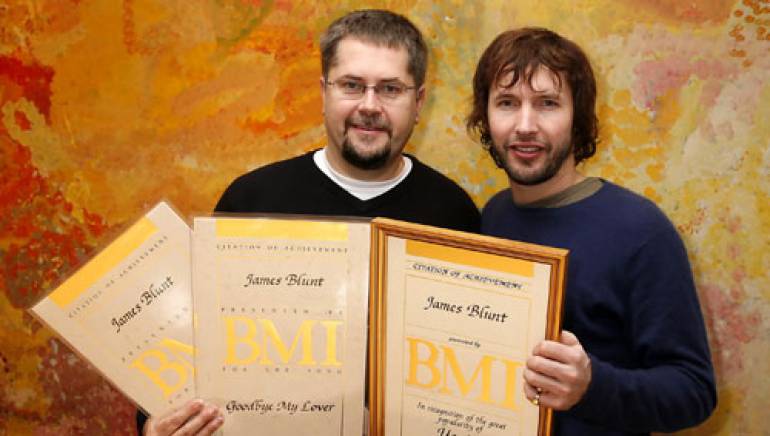 BMI’s Nick Robinson recently presented singer/songwriter James Blunt with his 2007 BMI Internet Award for the song “You’re Beautiful,” co-written with Amanda Ghost and Sacha Skarbek. “You’re Beautiful” received the most plays on BMI-licensed websites for the past year and is the first song to receive this honor at BMI’s London Awards, held October 16 at the Dorchester Hotel.

Blunt was also presented with two BMI Pop Awards for the songs “High” and “Goodbye My Lover.” BMI’s London and Pop Awards honor the songwriters, composers, and publishers of the most performed songs on US radio and television for the past twelve months.