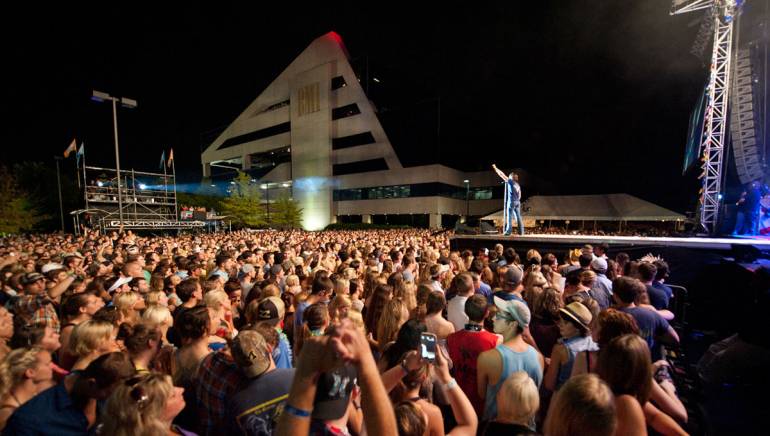 The BMI Nashville back lot is packed with fans for the Jake Owen Beach Party. Jake offers words of encouragement to any aspiring singer/songwriters with a shout out to the BMI family.  Photo: Erika Goldring

Broadcast Music, Inc. songwriter Jake Owen rocked fans at BMI Nashville’s back lot again this year with a free Beach Party concert. Following the success of last year’s Block Party, this year’s event had fans waiting in line at 11 a.m. before gates opened at 6 p.m. In addition to a steady stream of his own chart-toppers, Owen played some notable covers including BMI award-winning songs “Jessie’s Girl” and “Friends in Low Places.” He also brought in friends Sonia Leigh, Dan + Shay, TJ from Brothers Osborne, Lee Brice, Travis Meadows and Mike Posen. Check out why nobody missed the sand or the water in the photo gallery!