Posted in MusicWorld on February 10, 2009 by Rob Patterson 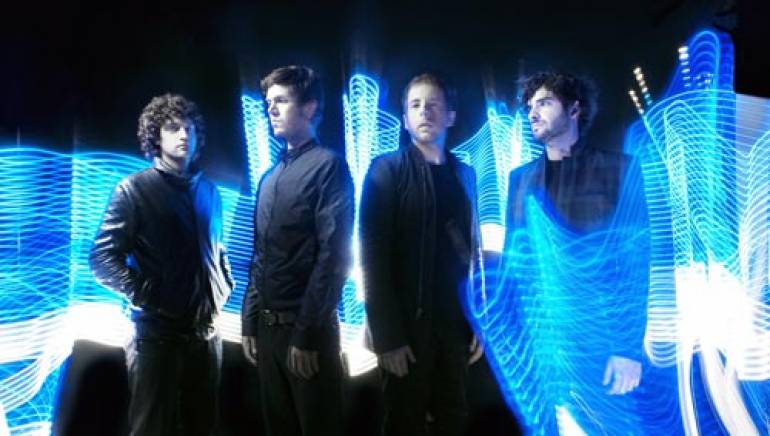 Innerpartysystem may have lofty goals for their career and their music, but no matter how much success they achieve, don’t expect to see the band members in the tabloids or gossip columns. “Half of it is that we just don’t know any better,” quips drummer Jared Piccone. “The other half of it is that it’s just not appealing to us.”

Their feelings also may be the result of living in Reading, PA, a blue-collar steel town. But while their attitude is grounded in unpretentious reality, Innerpartysystem’s music fuses industrial and punk rock with electronic pop into a sound with undeniable mass appeal. Their single “Don’t Stop” from the group’s self-titled debut album has hit the Top 40 on the alternative radio charts, they played for big crowds at last summer’s Lollapalooza, and in the U.K., Innerpartysystem already enjoys high-profile radio and media exposure.

The foursome — Piccone, singer Patrick Nissley, guitarist and synthesizer player Kris Barman and synthesizer player Jesse Cronan — recorded their introductory EP, Download, in a studio they built in the basement of their band house. And that’s still where the creation of the music begins and is centered, even while they worked with top producers including Joel Hamilton, Mark Needham, Spike Stent and Alan Moulder on the album that followed.

The group is determined to keep themselves and their music real as their ascent in the rock world continues, not being seduced by stardom. “There are a lot more important things in life,” Piccone concludes. “I’m not saying that we don’t want to be a huge band that keeps moving and gets better, and we can make some money and support our families. That’s awesome. I’m not going to fight being popular. But I think there are ways to do it and not have it ruin your life.”