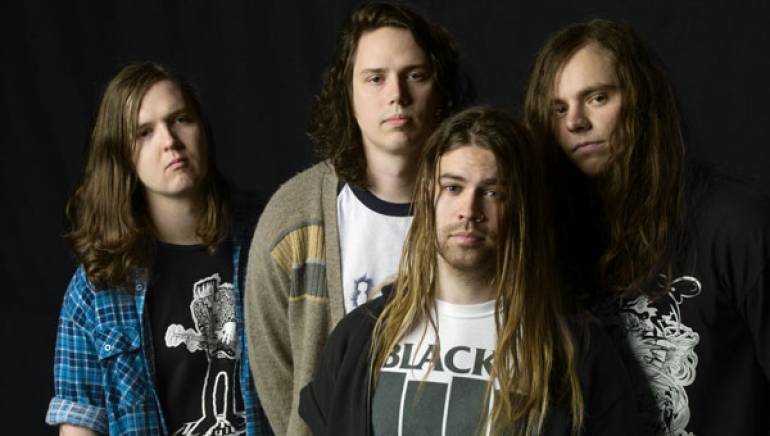 After kicking around Brisbane for the last 5 years, Violent Soho (guitarist James Tidswell, vocalist/guitarist Luke Boerdam, drummer Michael Richards, and bassist Luke Henery) took the world by surprise with their self-funded, self-released debut LP We Don’t Belong Here. The lads packed their bags at the end of 2008 and embarked on a whirlwind showcase run in London, New York and LA. By early 2009 the band had signed with Thurston Moore’s (Sonic Youth) Ecstatic Peace label. After relocating to Brooklyn at the end of 2009, the band hit the road. Their debut stateside single, “Jesus Stole My Girlfriend,” was released in February 2010.