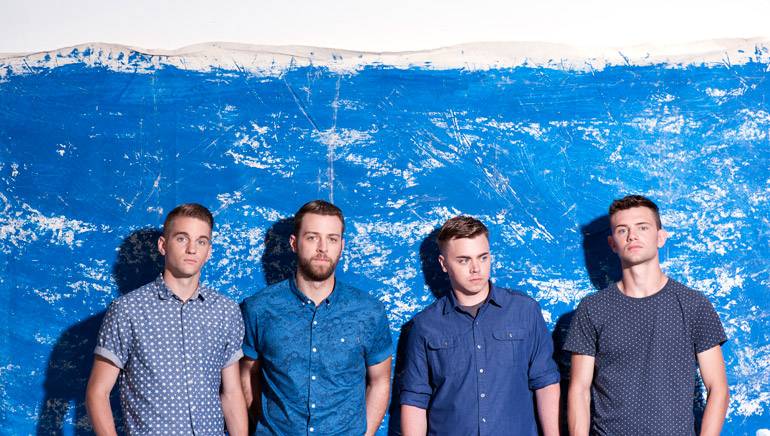 Milwaukee-based quartet Vinyl Theatre knows all about music’s power to unite. A shared dedication to cross-country track in high school and reverence for bands like The Killers, Two Door Cinema Club, Death Cab For Cutie and The Shins is what initially brought the band members together in 2012 and prompted them to make their own brand of synth-based alternative pop sound. Comprised of singer and guitarist Keegan Calmes, drummer Nick Cesarz, keyboardist Chris Senner, and bassist Josh Pothier, Vinyl Theatre has a strong following on SoundCloud, which caught the attention of Fueled By Ramen (Fun., Young The Giant, Paramore). The venerated indie label swiftly signed them, and just released their eight-song debut album Electrogram, which tells the story of having their lives changed through music. Whether writing about being so inspired by music that it practically hurts (first single “Breaking Up My Bones”), finding their passion in life and going after it (“Gold”), or persevering now that they’ve found that passion (“Shine On”), the songs pulse with kinetic dance-friendly energy that is informed by their mutual camaraderie and sheer joy in the creative process. “Emitting a happy, energetic vibe is so key to us because this is what we love doing, and when we write, that’s how we feel,” Pothier says. “And we just want that happiness to spread to other people because we love life and we love doing what we do.”