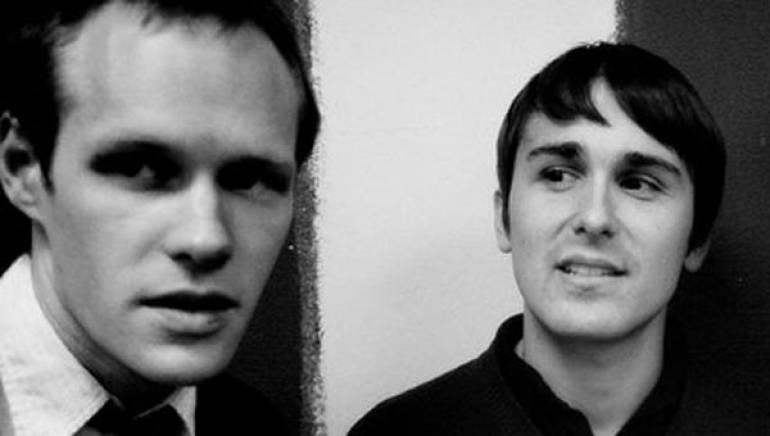 Emerging from the suburbs of Los Angeles known as the South Bay, The Voyeurs are an energetic and melodic pop/rock duo with an upbeat and harmonic sound, reflecting a wide pantheon of influential bands from the 60s British Invasion and mod rock era, all the way through now. In late 2007, their previous band, E>K>U>K parted ways and two of the four members decided to start fresh with a new band. While E>K>U>K had a more raw, hard rock approach, The Voyeurs put more emphasis on songwriting with strong melodies. The Voyeurs have been warmly received at recent shows in Los Angeles and the South Bay. Strong side projects are also fueling their success: Singer Jonathan Hylander recently worked with Benmont Tench (Tom Petty & The Heartbreakers) on a side project called The Mind Blasters, while both Johnson and Hylander are also members of the local retro rockers Vaudeville.