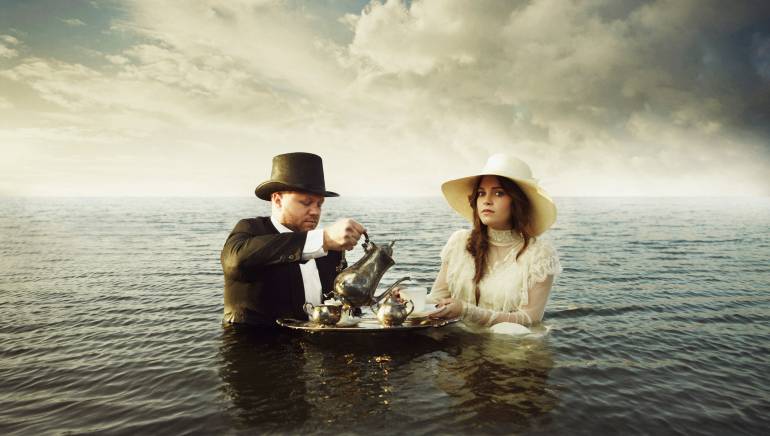 Chances are you’ve heard the music of Doll Knight and Barrett Johnson (collectively known as The Ultimate Bearhug); their songs have been featured on shows including ABC’s Private Practice, MTV’s The Real World and the CW’s Supernatural and Life Unexpected. Drawing comparisons to Billie Holiday and Madeleine Peyroux, The Ultimate Bearhug was born after a chance encounter between the two singer-songwriters at a Southern California loft party in late 2010. Johnson remembers: “That same night we almost completed a full song and knew we couldn’t stop there.” With encouragement from local songwriters, the duo spent most of 2011 patiently writing and gigging consistently at Hotel Cafe in Los Angeles. The result is their debut full-length album, Just South of Los Angeles , a work that bridges the gap between timeless folk and indie pop. And if you’re wondering about the band’s name, it’s simply a reference to Knight and Johnson’s hope that their music “will hug you.”