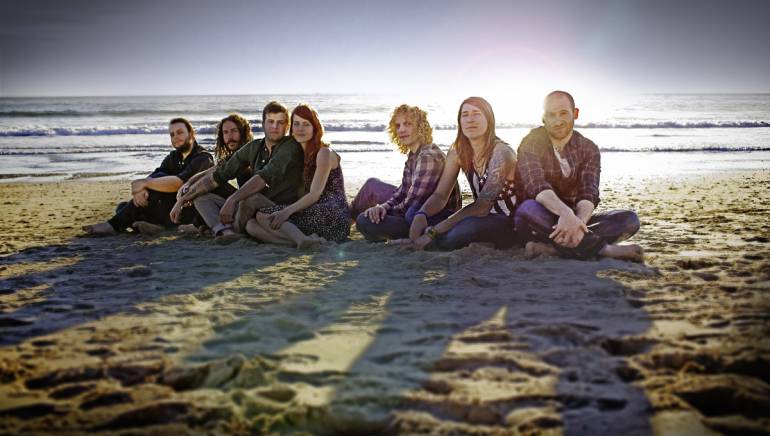 The Mowglis are a Southern Californian band with a Southern Californian soul. The seven-piece started in a garage in the San Fernando Valley where many of them grew up. Their collective approach might draw comparisons to Arcade Fire or Broken Social Scene, but their sound finds its place somewhere between the folk-tinged rock n’ roll of Edward Sharpe & the Magnetic Zeros and the youthful upbeat pop of Cults. For the Mowglis, it starts with having a message and trying to say it in the most uplifting way, inspired equally by the magnetism and energy of San Francisco, as they are by the solitude and serenity of the Big Sur coast.
www.facebook.com/themowglis