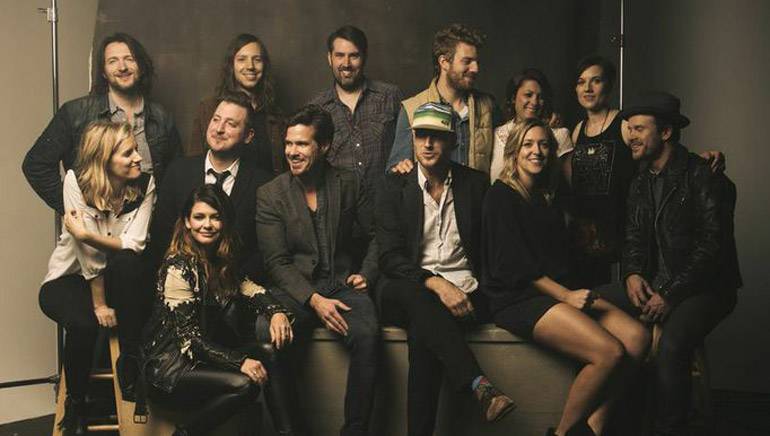 It’s hard to imagine a time when Nashville wasn’t a musical hotbed, churning out the next chart-topper not just in country, but across genres. That wasn’t always the case. The diverse musical scene and collaborative spirit that exists there today started as a result of forward-thinkers wanting to go beyond the confines of the country music scene. Among those visionaries were Kristen and Trent Dabbs, who decided to build an independent coalition of artists with repertoires ranging from pop to modern folk that toured together. There was no major record label backing them up, just the desire to change the game and give indie artists a proper platform. The idea for Ten out of Tenn (or TOT for short) was innovative, albeit challenging: 10 artists, each with their own distinctive sound, swapping vocals and instruments during their shows for a unique twist on each other’s creative work. The movement caught on, and since its inception, the singer-songwriter supergroup has amassed impressive stats: 27 artists, seven tours, hundreds of shows, seven compilation albums and over 500 film and television placements. It’s no wonder artists such as Paper Route, Griffin House, Tyler James, Butterfly Boucher, Kate York, Amy Stroup, Katie Herzig, Joy Williams, Mikky Ekko and many more have all called themselves proud TOT alums. In 2015, TOT celebrates its10th anniversary with an eponymous album and a special concert on April 24 at the Ryman Theatre in Nashville.