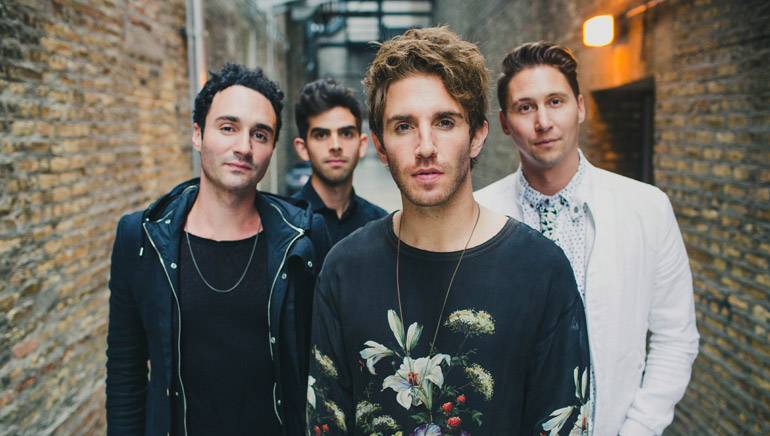 This is not the first SXSW showing for members of heavy-hitting indie synth-pop band Smallpools. After a series of happy coincidences, guitarist Michael Kamerman and vocalist Sean Scanlong met at SXSW in 2007 while touring with other projects. Throwing all of their stuff in a van, the pair then moved cross-country from the East Coast to LA. After randomly crossing paths with bassist Joe Intile and drummer Beau Kuther, the quartet was complete. With songwriting influences like Bruce Springsteen, Elton John and Billy Joel, the group worked with Captain Cuts, an LA-based production group to craft their 2013 EP Smallpools. An appearance on Jimmy Kimmel Live highlighted their breakout track “Dreaming” and built buzz for the group’s supporting spots on national tours with MS MR, Neon Trees and Two Door Cinema club, festival appearances at Lollapalooza and Firefly and a year-end headlining tour. Their full-length release Lovetap!, full of high-energy, sing-along anthems and home to the first single, “Karaoke,” an upbeat, celebratory song about never giving up, will be released on March 24. After their first official SXSW stop as Smallpools, the band will tour and bask in the payout of their production: a great album created with great friends.