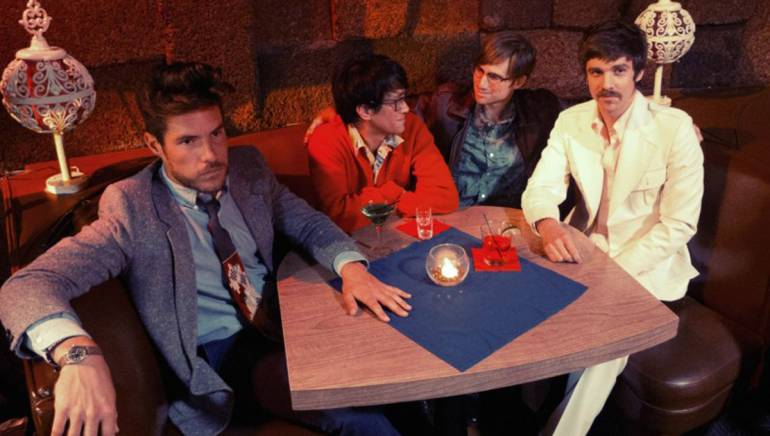 Los Angeles quartet Saint Motel has built a formidable reputation on the back of inventive indie pop and wildly fun live shows. Behind the pulsating and joyous melodies, delight can be found in the surprisingly avant-garde lyrical subject matter. The Washington Post’s Mark Jenkins accurately describes their music as “chic and sprightly with hints of ironic malevolence.” Their new single “My Type” is getting some love from the blogosphere, while their song “Dear Dictator” is featured in a new trailer for HBO’s hit show Boardwalk Empire. Up next is a Dewar’s Scotch Whisky campaign, which features music by the band. Voyeur, their first full-length album, is available now through the band’s gift shop, where you can also find fashionable T-shirts and hoodies that stay true to the Saint Motel lifestyle.