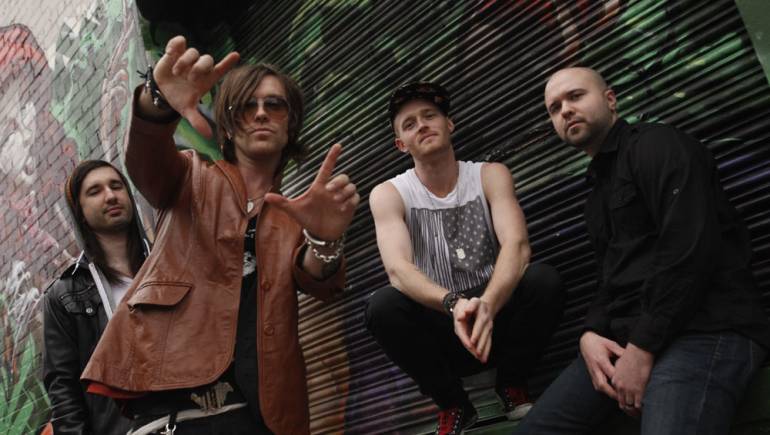 The boys of Open Air Stereo grew up on the beaches of Orange County in Southern California. They cut their teeth at a young age in LA performing at legendary clubs like The Roxy and The Troubadour, selling out shows and owning the stage before they could own bar tabs.They first gained exposure in 2005 when their self-titled EP earned them a nomination for Best Rock Group at the Orange County Music Awards. The band has channeled the electrifying energy of its live performances into a new album produced by Gavin Brown (Three Days Grace, Metric) that is set for release in fall 2011. Their future success is without doubt. See them ascend. Hear them evolve. Buy the ticket, get on board and buckle up.
openairstereo.com