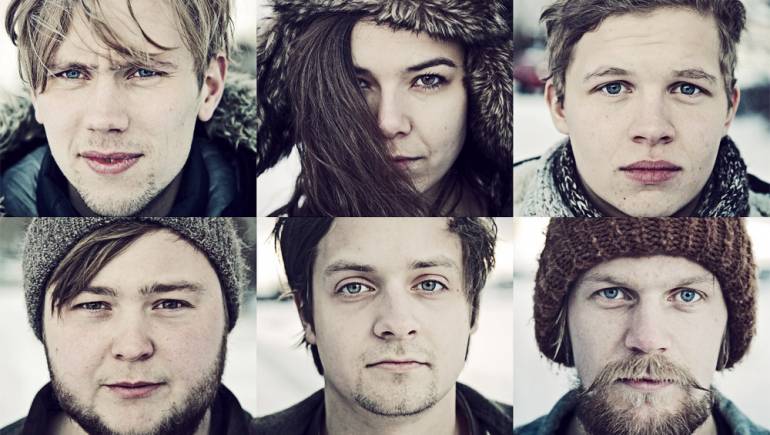 Of Monsters and Men is an amiable group of day dreamers who craft folkie pop songs. But last year, the normally mild-mannered six pack—who’s releasing their EP, “Into the Woods,” on December 20—transformed into total rock stars after stomping out their competition during Músiktilraunir, a yearly battle of the bands in their native Iceland. With the group’s bright, trumpeting single “Little Talks” winning over one blog at a time, Nanna and her bandmates (co-singer/guitarist Ragnar “Raggi” Þórhallsson, guitarist Brynjar Leifsson, drummer Arnar Rósenkranz Hilmarsson, piano/accordion player Árni Guðjónsson, and bassist Kristján Páll Kristjánsson) are well on their way to becoming citizens of the world. By the summer of 2011 “Little Talks” hit no. 1 in the band’s native country, and “people around the world seemed to be listening to us,” marvels Raggi.