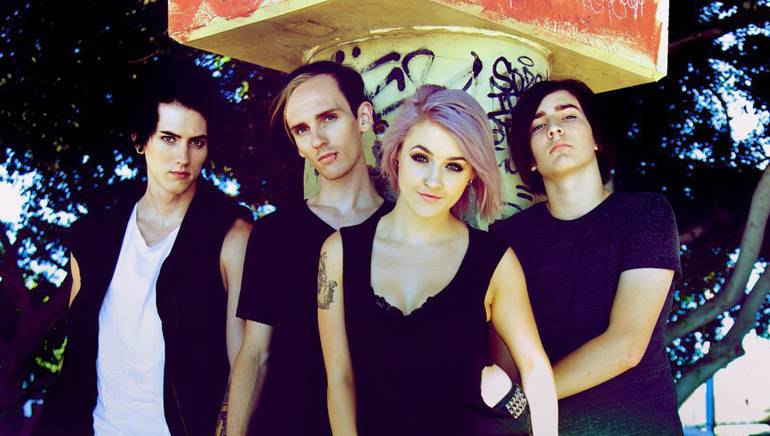 The ambitious roadtrip from their hometown of Durango, Colorado, to San Diego, California, is definitely paying off for Leave the Universe. They started their journey in 2009 playing local venues before packing up their car and heading to San Diego with ambitious determination and really good music. Counting 30 Seconds to Mars, All Time Low, Pink and My Chemical Romance as influences, Leave The Universe creates a unique sound, and is rapidly garnering a dedicated fanbase. With Crystal Douesnard’s vocals climbing over thoughtful guitar strumming by Kalin Pugh and a complex drum beat by Cameron Phillips, the gang sounds more like seasoned songwriting veterans than newcomers. Themes of resistance and escape permeate their lyrics, encouraging listeners to buck the status quo and stand out, something this group has no problem doing. Their recent single, an ode to breaking up the monotony and chasing one’s dreams, “Just Let Go,” has been receiving radio airplay on 91X and FM 94/9 and has also appeared in the MTV show One Bad Choice.