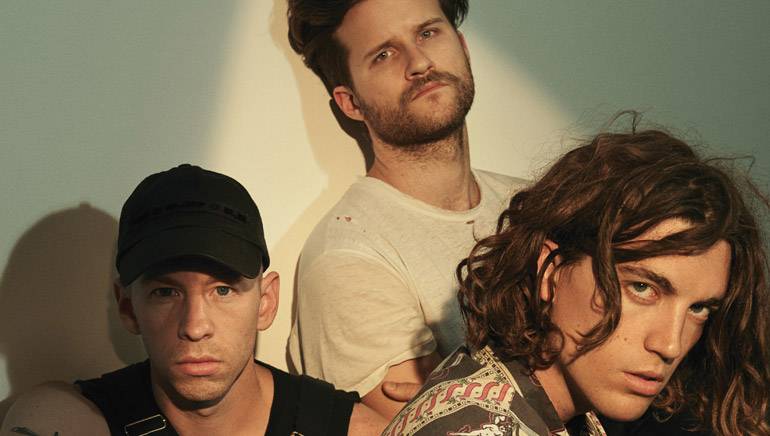 While LANY stands for “LA to New York,” honoring the dream-pop band’s desire to spread their music across the country, the group’s roots are in the south. Lead singer Paul Jason Klein is from Tulsa, Oklahoma, and guitarist Leslie Priest and drummer Jake Goss are from Nashville, where the three friends first started making music together. (Their debut songs, “Walk Away” and “Hot Lights” were recorded in just four days.) But their name is now said “lay-nee” because, as Klein says, “people kept getting confused on how to pronounce it.” And despite their original wish for fame across the U.S., LANY, after releasing four EPs and setting off on a world tour, has the potential to make an impact well beyond their home country. The trio, currently signed to Polydor, is now based in Los Angeles, and recently Rolling Stone put them on their “10 New Artists You Need to Know” list. Their breathy, synth-heavy sound has hints of 1980s bands like Human League mixed with 1990s R&B soul, but it’s their unique, categorization-defying sound that accounts for the group’s growing popularity.