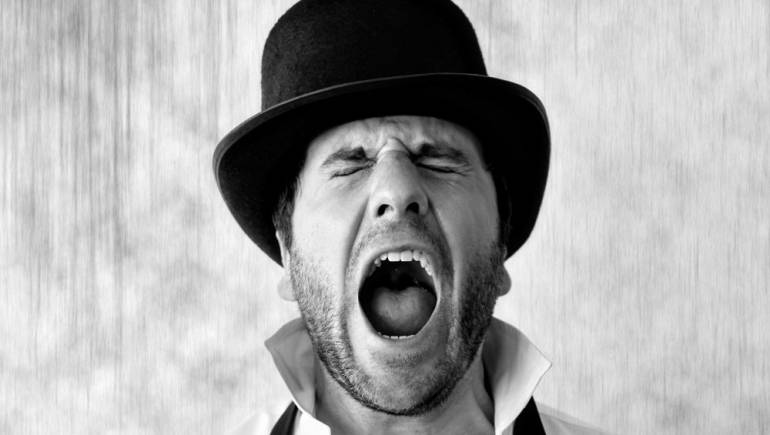 Speaking to the sinner and the heartbroken in all of us, Jim Bianco has sifted through the filth and wreckage in his heart and put it to music on his new record, LOUDMOUTH. And as always, he’s done it in a way that makes women want to simultaneously sleep with him and slap him in the face; and men want to pick a fight and sing along. Bianco’s writing has received such a positive response from fans that he is in the process of publishing a book of short stories, which he plans to sell on tour in 2011. As if that weren’t enough, Bianco has recently taken to writing, acting, directing and editing his own silent films. But at heart, Bianco is a performer. And he’s no stranger to the stage, having toured with the likes of Squeeze, Shelby Lynn, Imogen Heap, Joshua Radin, Josh Ritter and Loudon Wainwright III, to name a few.