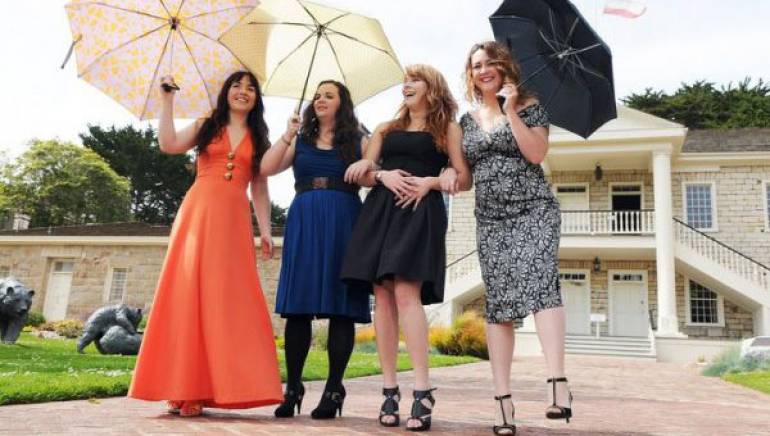 The dictionary defines a honeymoon as “any new relationship characterized by an initial period of harmony and goodwill”; this was the intention when Monterey/Bay Area singer/songwriters Lauren Shera, Andrea Blunt, Sara Bollwinkel, and Christina Bailey began playing music together in early 2010 as a collaborative to showcase their individual songs and the music they began writing together: an indie-folk blend with traditional roots and pop sensibility. After playing to a sold-out audience at their very first hometown show, honeymoon hit the road for a busy year of touring. With plans for a full-length album and further touring in the West Coast, 2011 is certain to be a bright year for honeymoon.