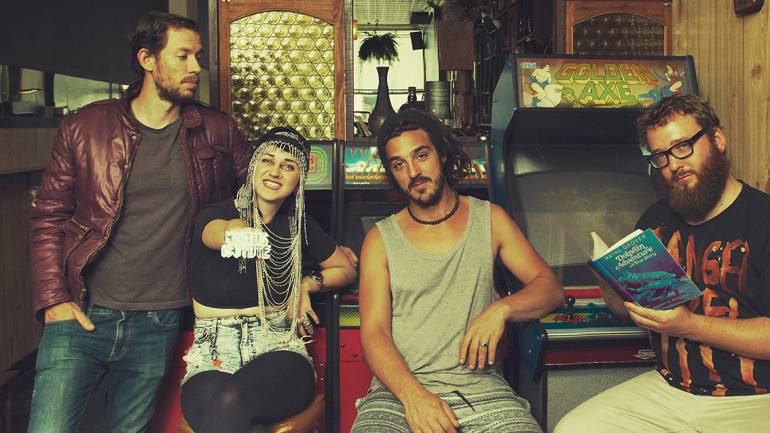 The three male band members of Hiatus Kaiyote got their start when, coincidentally, they came to live in the same house. Soon joining forces with female singer Nai Palm, a local fire dancer, their first concert was at Bohemian Masquerade Ball, amid a circus backdrop of sword swallowers, baton twirlers and other performers, the perfect setting for the birth of their eccentric sound. Tawk Tomahawk, their debut album, featured “Nakamarra,” their GRAMMY-nominated track, which garnered its title from a reference to the ruby-red landscape where Nai Palm grew up in Australia. The four-piece Melbourne-based group is now gearing up for the March release of their highly-anticipated sophomore album, Choose Your Weapon, a solidification of their eclectic polyphonic poetry crafted as a result of the numerous concerts they played in support of their debut. Hiatus Kaiyote will soon be on the road again, going on a world tour beginning in Australia and New Zealand before hitting the northern hemisphere for dates in North America and Europe.