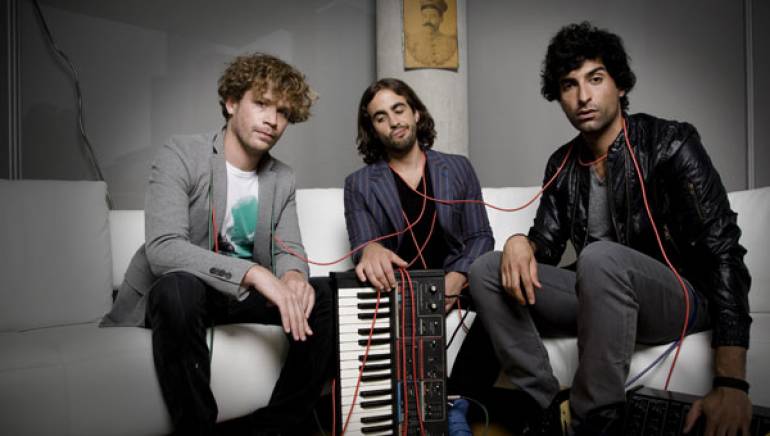 Hey Champ’s roots can be traced outside of Chicago to nearby Rockford, where band members Saam Hagshenas (vocals, guitar) and Jonathan Marks (Drums) discovered their love of music at a young age. After Saam’s graduation from law school, Jon’s fellow Princeton music major Pete Dougherty (Synths) moved to Chicago, cementing the line-up of the group. With their recent signing to Seattle based indie Townie Records, they strive to take electro-pop to a higher level, combining their pop-savvy with an eclectic series of influences, ranging from classical music and jazz to the power-pop of Rockford’s hometown heroes Cheap Trick and the synth-heavy productions of Giorgio Moroder and Trevor Horn.