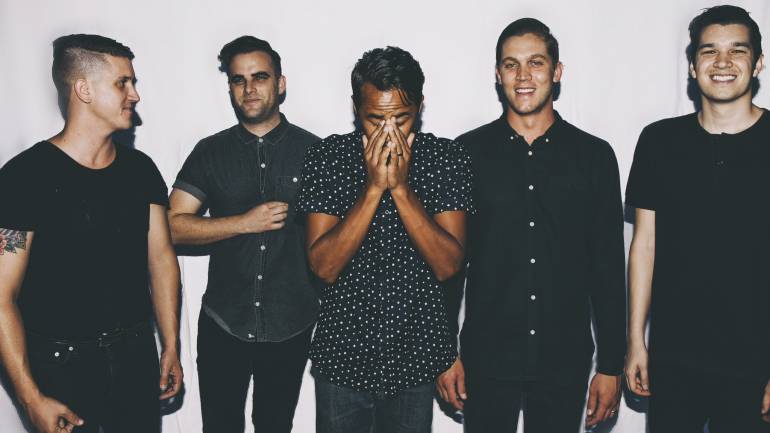 Just a single, crucial vowel makes all the difference. Remove the final “I” from the name of the fiftieth state, and out go images of swaying palm trees and hula skirts, and you’re left with the equally sunny moniker of an Orange County, CA, band (pronounced ‘Huh-Why’) that’s spent the last couple of years making shimmering indie rock, rife with soaring harmonies and crisp, summery melodies. While a few of the band’s catchy, chest-thumping songs like “Fault” and the swooning “In My Head” are stirring souls on social media, the band is preparing to unleash their debut EP, slated for release early this year.