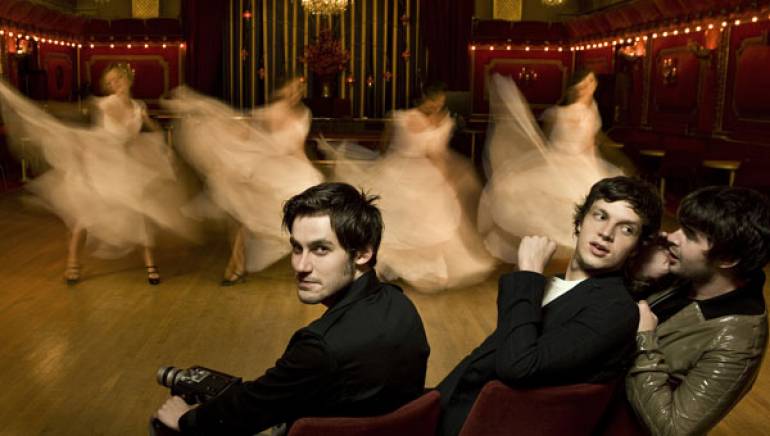 Ed Macfarlane, Edd Gibson and Jack Savidge make up the Friendly Fires, born of commuter belt boredom, and now, recognized as one of the most exciting new bands in the United Kingdom. Last year, a super limited seven-inch, Paris, was named the single of the week in both the The Guardian and NME, who called the group “one of the most exciting live bands on the planet.” Now signed to XL, they count Radiohead, The White Stripes and Adele as their labelmates. With more than 60,000 in sales and counting, Cross the Line is now certified Silver in the UK, where the band boasts a string of sold-out tours and marquee slots in red-letter festivals and events, including the annual NME Awards Tour. “It’s not long ago that I thought things might not happen for us,” says Macfarlane. Now that they are, he puts it down to “songs that are catchy and don’t mess about.” Simple, really.