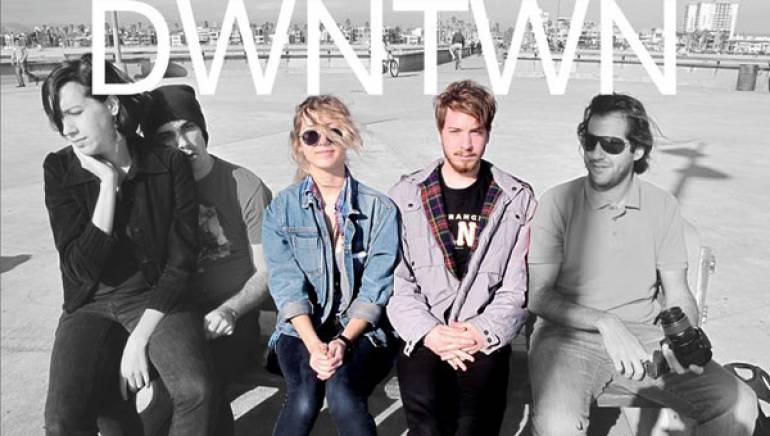 You can blame DWNTWN on breakups, booze and long drives to San Francisco. The band came to be in the summer of 2010 when Jamie Leffler and Robert Cepeda both went through bummer breakups and spent most weekends driving from LA to San Francisco trying to get away. In early 2011, Robert, the multi-instrumentalist / vocalist, and Jamie, the lead vocalist, took their early demos from Carter Family folk jams to songs that span genres. A mutual friend passed on the demos to LA-based producer/dj Skeet Skeet and things began to really get interesting as their music took on a whole new life, and have been compared to everything from New Order, Imogen Heap, The Kills, Sleigh Bells and even Kap Bambino. DWNTWN’s mixtape “Midnight Ride” will be out just in time for summer 2011.