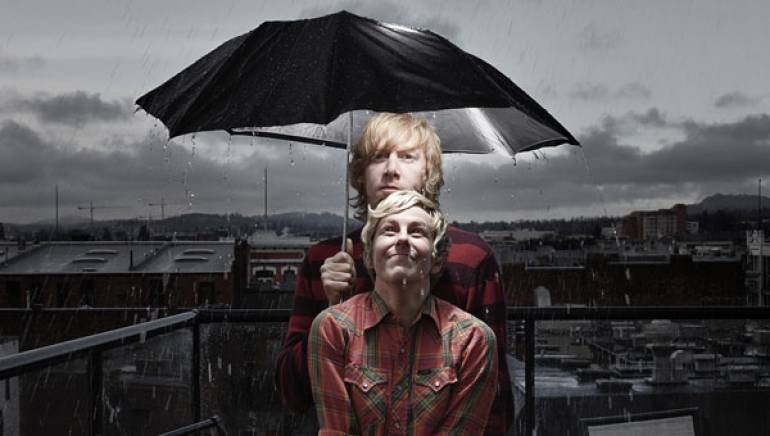 A friend once gave Kate a sweater with An Horse written on it because he thought it was grammatically correct. Duo An Horse—made up of Kate Cooper and Damon Cox—were surprised when they were offered an opening slot on Tegan and Sara’s 2008 Out Of Hibernation Spring US tour, followed by a slot on the Death Cab for Cutie Australian tour. But they weren’t as surprised as the owner of the record store when he found his two loyal managers playing to a packed room when they were supposed to be selling CDs—his not theirs. Debut album Rearrange Beds is out now.