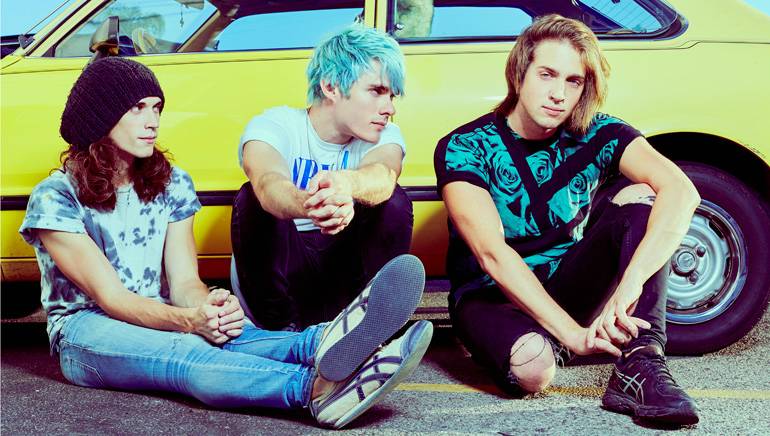 Texan trio Waterparks, made up of frontman Awsten Knight, guitarist/vocalist Geoff Wigington and drummer Otto Wood, deliver a no-holds-barred take on pop-punk with irresistible hooks that threaten to become an obsession. After three well received EPS, the band released their debut album, Double Dare, in late 2016 on Equal Vision Records, co-produced by Benji Madden (Good Charlotte, 5 Seconds of Summer) and Courtney Ballard (5 Seconds of Summer, All Time Low). Double Dare debuted on numerous Billboard charts, including Top New Artist, where it charted for eight consecutive weeks. Their single “Stupid For You” has racked up over one million plays on Spotify. On tour now, this Houston-based band on the rise is one to keep on your radar.