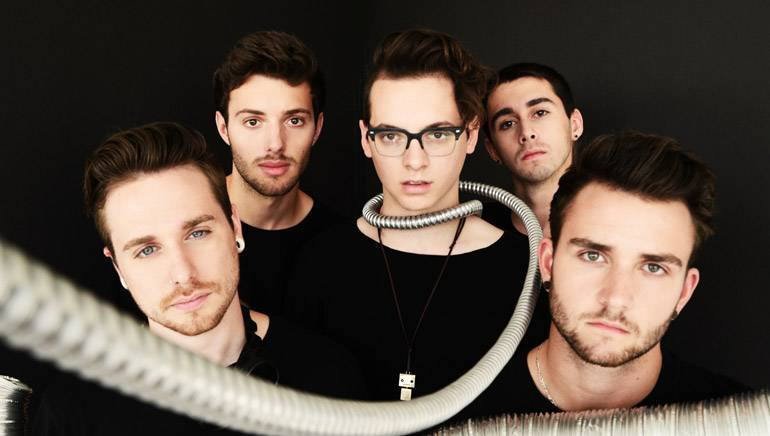 The origin story of The Wrecks, a pop-rock band from Thousand Oaks, California, began a few years ago with some secret overnight recording sessions. The band, who has been inspired by The Pixies, The Strokes and Weezer, didn’t have the funds to rent their own recording space, but a friend was house sitting for someone who had a home studio. “We could only go at night, because during the day, the ex-wife of the owner would come and give the diabetic cat its shots,” singer/guitarist Nick Anderson told WTBU Radio. In less than one week the band recorded We Are the Wrecks, their debut EP, and “Favorite Liar,” the first release, quickly became an indie hit. With its catchy main riff and and boppy, dance-along vibe, the ode-to-a-relationship tune caught the attention of Jeff Reagan at SiriusXM’s Alt Nation and quickly climbed the charts. Now signed to RED MUSIC, The Wrecks, whose ranks also include guitarist Nick Schmidt, guitarist Westen Weiss, bassist Aaron Kelley, and drummer Billy Nally, have earned more than nine million streams across all digital platforms. They’ve toured with Nothing But Thieves, Night Riots and SWMRS, and will also be joining select dates of Alt Nation’s Advanced Placement Tour. The Wrecks’ latest EP, Panic Vertigo, was released on February 16, but this one didn’t involve sneaking around: It was recorded at a barn studio near Anderson’s childhood home in upstate New York.