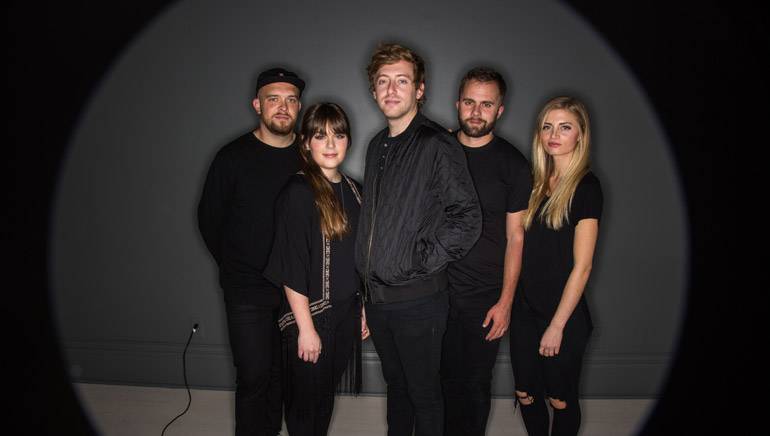 For a fiercely independent band, The National Parks has certainly racked up their share of mainstream honors. These include albums on the iTunes and Billboard Heatseekers Charts, first prize in the prestigious International Songwriting Competition (for their single “Monsters of the North”), more than 10 million Spotify streams, and press from well-known outlets such as NPR’s All Things Considered. The five-member band, whose style has evolved on its albums from rootsy (Young) to more solidly indie-pop (Until I Live), formed in 2013 in Provo, Utah. Led by Brady Parks and Sydney Macfarlane, they’ve played in more than 50 cities with artists like LeAnn Rimes and The Moth & Flame, and have sold out venues in New York City, Los Angeles and Washington, D.C. True to their name, the band recorded a single for Love in the Tetons, a film about a couple who got married inside Grand Teton National Park. “I kind of took that story and put my own spin on it,” says Parks of the song. The band also donated a portion of the proceeds from the single, which hit the Top 40 in the iTunes songwriter category, to the National Parks Conservation Association.