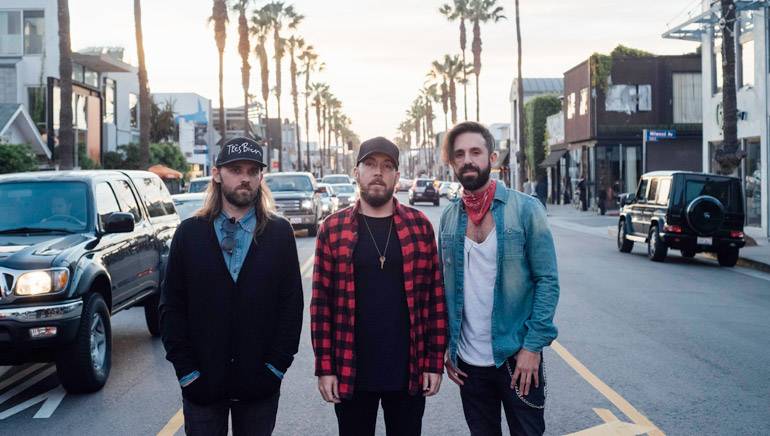 Not long after the release of The American Dream, their 2016 debut EP, folk-pop trio The Federal Empire were labeled a “supergroup” by Affinity Magazine, and it’s easy to see why. Lead singer Chad Wolf also fronts the multi-platinum–selling band Carolina Liar, McKay Stevens has been nominated for a GRAMMY (for Kascade’s 2013 dance hit “Atmosphere”) and guitarist Keith Varon plays with Angel’s Landing. (Another fun fact about Varon: He wrote “Can’t Breathe,” which was featured heavily on Laguna Beach.) The Federal Empire was founded, so to speak, after the three were hired to co-write songs for other bands, and realized their undeniable creative chemistry. Their first two singles got plenty of love, appearing on Spotify playlists like New Music Friday. BuzzBands LA also wrote, “If ‘The American Dream’ isn’t the kind of outsized song that has big crowds waving their arms, maybe it’ll give people food for thought.” Wolf told Affinity that the group uses gang vocals not simply for style reasons, but also to send a deeper message of unity: “‘Cause we can all come together, with these songs, and look at these things, and point out, like, this is the American Dream, and we see it in different ways, but we can come together, we’re in this together.” They’ve clearly nailed the formula, since by the fall of 2017, the group celebrated several more creative milestones, collaborating with Sam Feldt on “Shot By My Own Gun,” featured on his debut album Sunrise, and releasing two more highly lauded singles. “Perfect Strangers” hit New Music Friday on Spotify, and “Glory Days” was used in the series premier of Valor on the CW. They also just finished touring with Deorro, with stops that included Austin, Los Angeles, Las Vegas and Seattle.