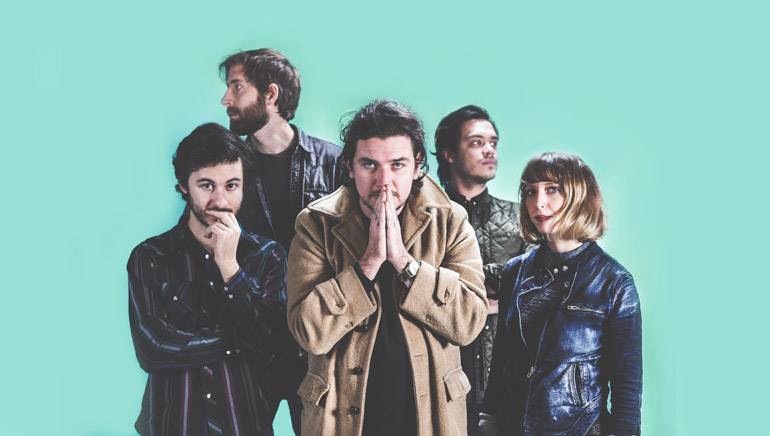 SUSTO comprised of Justin Osborne (vocals, guitar), Dries Vandenberg (guitar), Marshall Hudson (drums), Jenna Desmond (bass) and Corey Campbell (guitar, keys), might be an alternative country band with roots in South Carolina, but their story begins in Cuba: After the dissolution of his first band, Osborne retreated to that island nation to learn more about Latin American politics. But he couldn’t stay away from music. “I started playing, and had a good time and got real reinvigorated … everyone was really open to it,” he told AXS. Back in Charleston with renewed confidence, a coincidence led Osborne to meet guitarist/songwriter Johnny Delaware, who helped him craft many of the tunes that would end up on SUSTO’s self-titled 2014 debut. Along the way they recruited their other bandmates, and the debut caught the attention of Ben Bridwell (Band of Horses), who is now a mentor and collaborated with them on a 2015 live album. SUSTO’s style, classic Americana with influences like Caribbean, electronica, and soul, has a vast appeal; Nerdist described their single “Chillin’ on the Beach with My Best Friend Jesus Christ” as “a ton of fun.” Their latest album, & I’m Fine Today, spotlights themes such as self-acceptance and the idea that life is, as Osborne has said, a “hard but beautiful” journey. Their 2017 North American tour will include stints with the Lumineers and Kaleo.