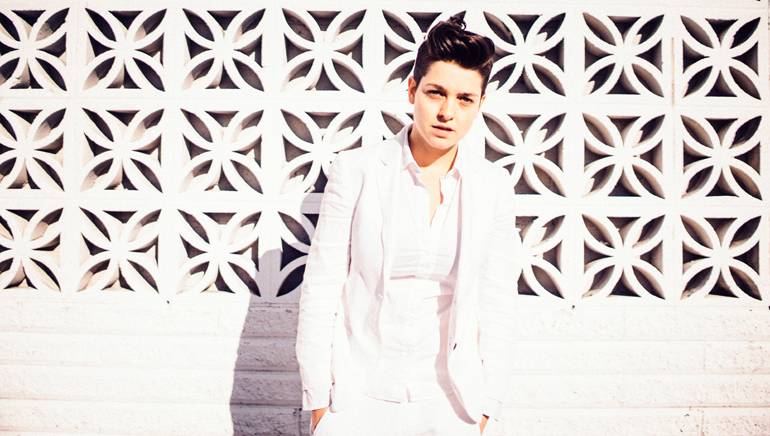 A Nashville transplant by way of upstate New York, Sinclair is a classically trained guitarist and singer/songwriter passionate about indie/pop. She was one of the youngest of 11 children growing up in a conservative evangelical family, and today, she tells After Ellen, she uses her songwriting “like a healing process.” She adds that many fans have written her saying they can relate to her struggles to forge an identity separate from her family of origin, and that “it’s really important to give [the music] to other people.” Sinclair has released two critically acclaimed EPs: Sweet Talk (2014), known for the haunting yet powerful song “This Too Shall Pass,” which topped 10 million Spotify streams, and Colorblind (2016), which premiered on Teen Vogue‘s website and became known for its edgier, funkier style that brings in synth beats and guitar patterns. Sinclair moved to Music City in 2013 and is currently working on her first full-length album. Her latest single, “Shy Love,” was released on September 20, and she recently headlined at the Pilgrimage Music & Cultural Festival in Franklin, Tennessee.