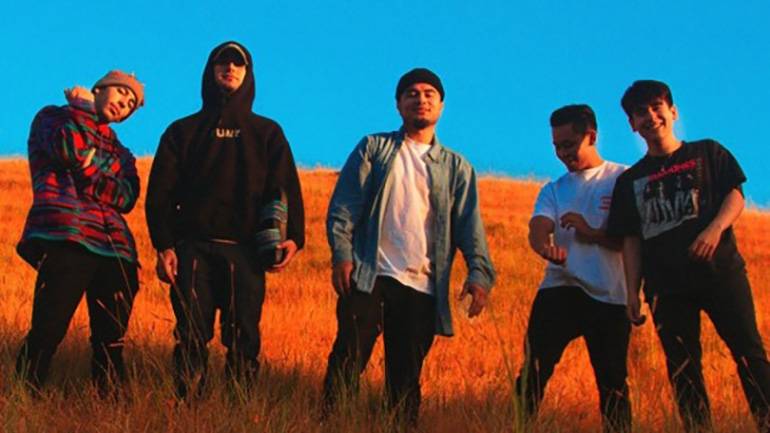 Peach Tree Rascals is a five-piece collective comprised of Dom, Isaac, Tarrek, Joseph, and Jorge. With each member handling different aspects of their work (Dom produces and mixes, Isaac, Tarrek, and Joseph rap and sing, while Jorge acts as creative director), the group blends alternative jazz, funk, and hip-hop into a sound inspired by Kendrick Lamar, Frank Ocean, the Beatles, and John Mayer. They began releasing music in 2018 and accumulated over 10 million streams with just eight songs, their most popular being “Mariposa.” Many of the Rascals are second-generation Americans with families who immigrated from Mexico, the Philippines, and Palestine, and their diverse backgrounds have informed their work ethic and music. A mostly self-funded group with members who have worked everywhere from Red Lobster to their local print shop, all their songs and videos are produced in-house. In their words, “we do the best with what we’ve got.”