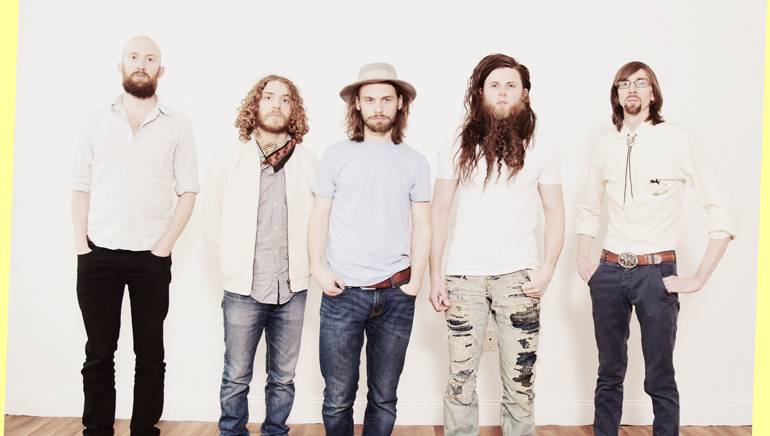 Although vocalist and banjo player Chris Freeman and the Parsonsfield’s other members—Max Shakun (guitar), Harrison Goodale (bass), Antonio Alcorn (mandolin), and Erik Hischmann (drums)—met at the University of Connecticut, the band’s name comes from the Maine town where they recorded their debut album, Poor Old Shine. The first clue that Parsonsfield is no ordinary roots band? They recorded their third album, Blooming Through the Black, over a six-month period in an abandoned axe factory on a Connecticut riverbank. As Freeman tells American Songwriter, “Because the space had so much reverb, the songs slowed down and changed.” He adds that producer Sam Kassirer, who’s worked with Josh Ritter and Lake Street Drive, helped the band make the cavernous space “the sixth member of the band.” The music journal No Depression raved about Parsonsfield’s varied sound, writing that they can “give you rich five-part harmonies one minute, sound like bluegrass on steroids the next, and then rock you over the head with unbearably cool and raucous Celtic rhythms.”