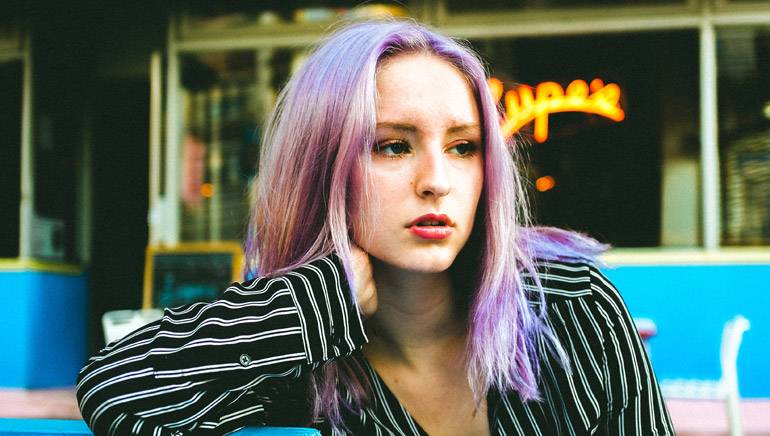 Mia Gladstone has come a long way since she wrote her first song for her second-grade talent show. Today, she’s a singer, songwriter and producer living in New York City. Gladstone, who draws on eclectic influences such as Madlib and Amy Winehouse, describes her lively, distinctive sound as having “strong hip-hop undercurrents” and encompassing jazz fusion, pop-soul and alternative R&B. Her debut single, “Hold It Down,” was released in 2017 and currently has 27,000 plays on SoundCloud. Her latest song, “Revolutionize,” premiered with Zane Lowe on Apple’s Beats 1 radio station. Gladstone has an EP dropping later in 2018, and she tells Wonderland that the “Revolutionize” track “pretty much sums up the project and my overall mindset,” adding that her goal for the upcoming record is to “inspire love and acceptance of the self and the world.” For the EP, Gladstone had help from producer Alex Fitts of The Kickdrums, who has also worked with Adele, John Legend, 50 Cent and Kanye West.