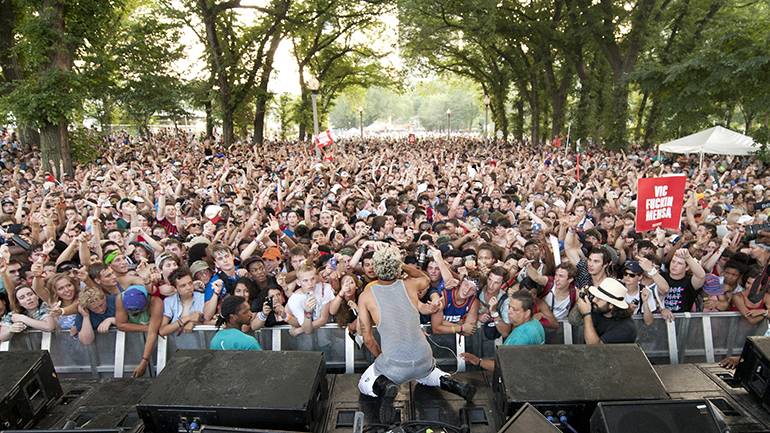 After initially starting his career as part of a hip-hop collective, a solo Vic Mensa made his debut on the BMI stage at Lollapalooza in 2014. With a distinct sound inspired by music of the ‘90s, he next joined J. Cole and Wale on the What Dreams May Come Tour before topping XXL Magazine’s Freshman Class list. Mensa’s voice and pen caught the attention of fellow Chicagoan, Kanye West, who tapped him to co-write and feature alongside Sia on “Wolves” for The Life of Pablo album. From there, he became a sought-after collaborator, having now worked with G-Eazy, Chance the Rapper, Logic, G Herbo, and many others. Mensa’s debut EP, There’s Alot Going On, arrived in 2016; he has released a project each year since, two of which landed on the Billboard 200. His rising success has not been limited to the charts, either, and he now has both GRAMMY (Best Rap Song) and NAACP Image Award (Outstanding New Artist) nominations to his name. Mensa now has more than 2.4 million monthly listeners on Spotify, and his latest track, “Sing Me a Lullabye” with Sherman’s Showcase and Phonte, was released in June.