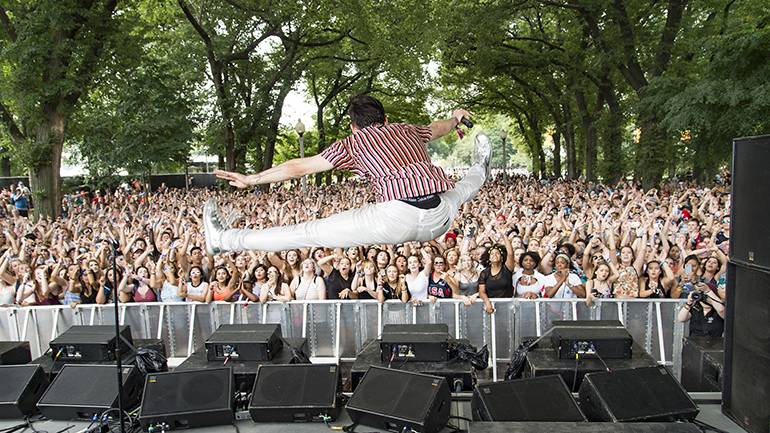 New York-based singer/songwriter, MAX, made his inaugural performance on the BMI stage at Lollapalooza in 2017. At the time, his single, “Lights Down Low,” was approaching 100 million streams across platforms and became known as a sleeper hit due to its not peaking on the Billboard Hot 100 (at #29) until nearly two years after it initially dropped. Called a “young pop god” by GQ and a “top popstar to watch” by Billboard, one look at MAX’s extensive catalog and you will see that those declarations are accurate. Hell’s Kitchen Angel was released in 2016, and he has continued releasing tracks alongside Quinn XCII (“Love Me Less”), Wiz Khalifa, Yung Bae, and bbno$ (“Bad Boy”), and Hayley Kiyoko (“Missed Calls”), among others. In 2019, MAX was nominated for Best New Pop Artist at the iHeart Radio Awards and dropped singles like “Where Am I At” and “Naked,” the latter of which is among his most popular tracks on Spotify. His joint album with Party Pupils called Neon from Now On was released in May.