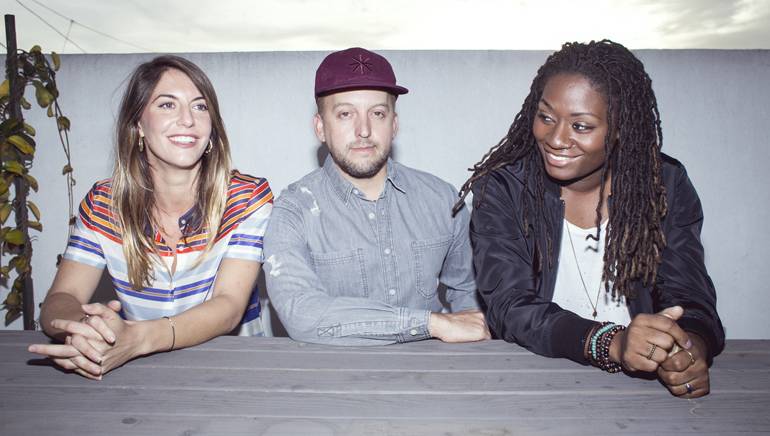 Little Monarch is a soulful trio made up of Casey Kalmenson, a vocalist and synth player from Los Angeles, Memphis pianist Lanita Smith (also known for her powerful voice), and guitarist Justin Andres, who has collaborated and toured with artists like Billy Ray Cyrus and the Bellrays. Kalmenson already had the band in place when she saw Smith perform, and admired her musical style so much that she decided to ask her to join. Since its October 2016 release, the band’s debut self-titled EP has earned viral success on Spotify with more than 10 million streams. The music itself is a mix of genres such as soul, pop and reggae, but as Kalmenson told The Young Folks blog, “The main thing for us is always to keep the vibe alive and not put too much pressure on anything, but creating together and having fun.” Recently, Tokyo producer starRo remixed Little Monarch’s single “No Matter What,” which charted on both HypeMachine and SoundCloud.