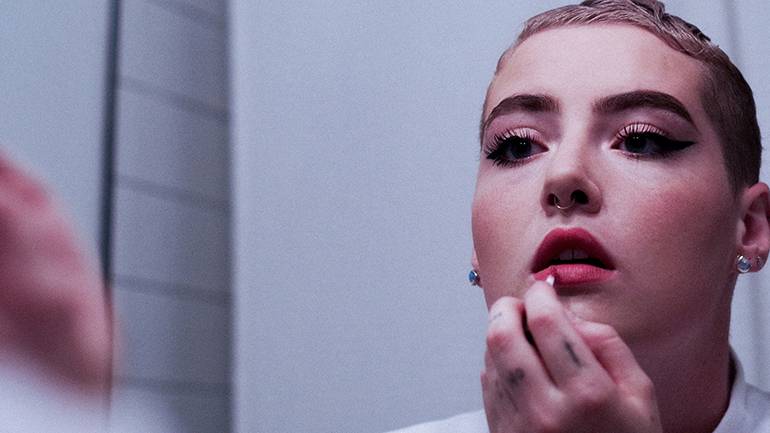 After honing their skills as a singer since they were three years old and in the Mormon Church, the multi-hyphenate, non-binary fashion chameleon, Grayson, relocated to Seattle at age 17. There, they were able to come into their own as singer, songwriter and performer by co-founding the indie synth-pop band, NeuYouth, before venturing out on their own as a solo artist. Now living in Los Angeles, Grayson is a social media darling, in-demand model, makeup artist and fashion stylist whose creativity knows no bounds. They have released several singles, and their most recent album, Head to Head, dropped earlier this year. When not collaborating with other artists and hiking in Elysian Park, Grayson is recording their forthcoming EP while trying to perfect their lifelong dream of whistling through their teeth.