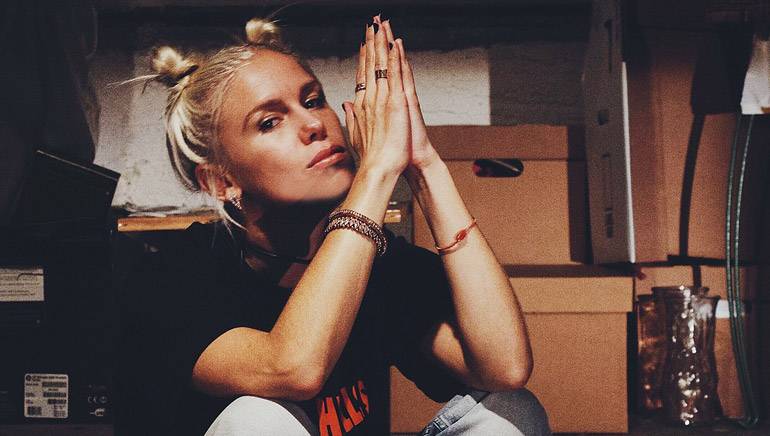 Although she hasn’t yet released a full-length studio album, Brooklyn-based singer-songwriter Grace Weber has already earned GRAMMY kudos. She co-wrote and sang with Chance the Rapper and Kanye West on “All We Got,” the first track on Chance’s Coloring Book, which won the 2017 GRAMMY for Best Rap Album. Weber’s upcoming album, due this year from BIG Mouth Records, will be produced by Nate Fox, Nico Segal and Peter Cottontale of the Social Experiment. (The trio also produced Coloring Book.) The dissonant, breathy “More Than Friends,” one of the album’s first singles, features the interplay of two versions of Weber’s vocals: Her usual soulful style and one that’s more high-pitched. As she told High Snobiety, the mix represents “the tension between our external and internal voices that can happen when having a hard conversation.” Weber grew up singing in the Central City Youth Gospel Choir of Milwaukee, and her gospel background still informs her work. “For me, gospel is the perfect genre to take into a place of spirituality and connecting with people,” she told Billboard in Studio. True to this spirit, Weber founded The Music Lab, a Milwaukee nonprofit that brings together high school students and industry professionals by offering free classes, open mic sessions and q&a conversations.