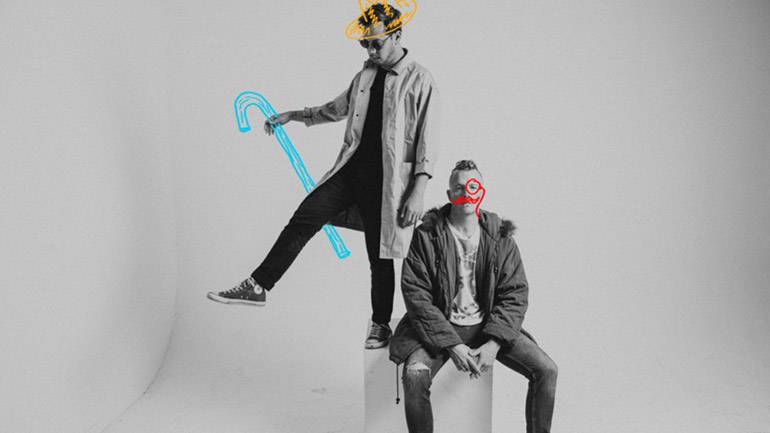 Emo-tronic. Alt-rock. Feel-good. These are all adjectives you could use to describe Fitness, a two-person band composed of Max Collins and Kenny Carkeet. Together, Collins, a member of Eve 6, and Carkeet, a former member of AWOLNATION, have created a new wave, electropop duo that fans must work hard to find among hashtags of fitness routines and wristbands. Naming themselves Fitness was a conscious decision due to the word being widely used for other purposes; they recognize that much like their music, their name is unconventional and that those who have found them have done so intentionally. With melodic songs like “Matter of Time” and “I Don’t Feel Anything,” they’re setting out to make their listeners do the opposite: feel everything, including the excitement of being alive. Critics have called their music “kinetic,” “gratifying,” and “dashing,” and others have noted that the pair is “in it to win it” while “doing what they want.” Fitness’ first EP, Aggroculture, dropped in 2017, and their full-length follow up, Karate, debuted one year later. They released the single, “Yellowjackets,” in July, and plan to release another song, “High,” on September 20. Fitness has an opening slot on the U.S. leg of the Kongos tour from October 1 to October 16 and will headline the Hi Hat in LA on December 7.