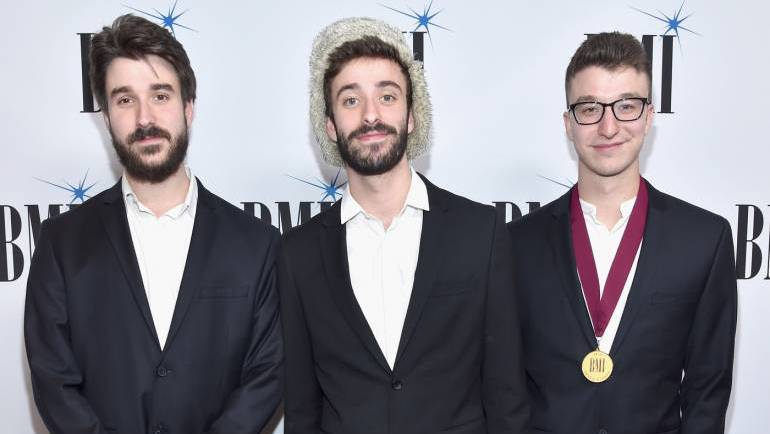 The Met brothers, Adam, Jack, and Ryan (hence the band name, AJR), got their start busking on the street in NYC and self-releasing music before landing deals with Warner and later S-Curve Records. The Ivy League indie-pop trio has released five EPs and five albums, toured with Demi Lovato, Train, Andy Grammer, Fifth Harmony, and Hoodie Allen, and earned five RIAA-certified platinum singles. In 2017, they released The Click, which is certified gold, and their 2019 LP, Neotheater, went to #1 on the US Indie Albums chart and spawned the hit, “100 Bad Days.” Their youthful spirit makes them adept at communicating with their fans, and after the pandemic forced them to cancel their tour, the guys announced an August 2020 drive-in show in Philadelphia called A Night in Your Car with AJR. Due to the first show selling out, they added a second show for the next night; this set of shows is where they performed their new single, “Bummerland,” for the first time. With a list of streaming favorites like the TikTok hit “Sober Up” with Rivers Cuomo, “Bang!,” “Burn the House Down,” and “Weak,” AJR has plenty of material to whet fans’ appetites while we wait for the pandemic to subside.