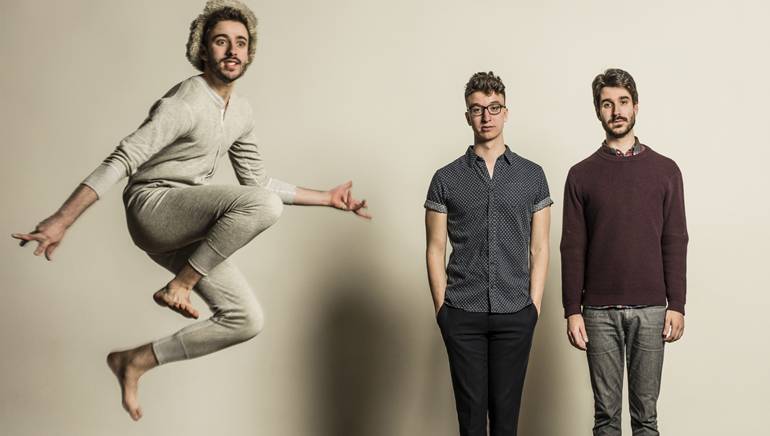 An indie-pop band of brothers with an Ivy League pedigree, AJR stands for Adam, Jack and Ryan Met, a Columbia University alum, junior and freshman, they’re packing rooms across the country with their contagious energy and irresistible songs. They got their start a decade ago busking in the streets of New York City, although, these days, you’re more likely to catch them performing as an opening band for Demi Lovato or Train, appearing on the TODAY show or even playing at the White House. While the three Met brothers grew up listening to The Beach Boys and Frankie Valli, their music also weaves in current influences like Imagine Dragons and Kanye West. If their songs sound homespun and noticeably free of slick production tricks, that’s because they are. AJR records everything in the brothers’ Manhattan living room, using, in their words, “Pro Tools and a $99 microphone.”

“Weak,” the first single from their 2016 five-song EP What Everyone’s Thinking, was anything but: It went platinum in the United States, peaked at number 73 on the Hot 100 and number 27 on the Top 40, and has more than 268 million Spotify streams. The Click, their second studio album, was released in June 2017. It features the single “Sober Up,” a collaboration with Weezer’s Rivers Cuomo, who is one of AJR’s major inspirations. The catchy track, which was teased on Billboard.com, hit the Alternative Radio’s Top 15 and earned more than eight million plays on Spotify. Other 2017 highlights for AJR included appearing in the video for “Celebrate,” a collaboration with Ingrid Michaelson, and playing at Austin City Limits.