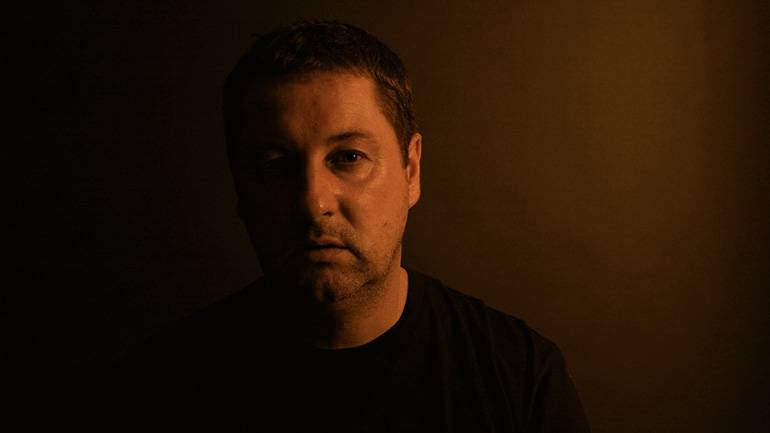 There isn’t any aspect of writing music that John Murphy hasn’t experienced. From scoring films like 28 Days Later and Kick-Ass, to capturing prospective movie-goers with trailers to Captain America and Avatar, to writing music in ad campaigns for Nike, Google and Apple, he’s been a one-stop shop for directors. His latest project, BBC’s six-part drama Les Miserables, which premiered in April on PBS, is the ultimate “how to” when it comes to giving film makers and producers what they want, and what they need to tell a story, or sell a product. And though finding a musical hook sounds simple enough, anybody who’s tried to do it knows it’s not as easy as it sounds.

BMI asked Murphy about his process and what works for him. Here’s his take on doing it all:

Your music creation has spanned a wide genre of films. Tell us a bit how you got involved in some of them and the relationships you built along the way.

The first film I scored was a little British indie called Leon the Pig Farmer. I met Vadim Jean, the director, when he was cutting a doc for a mate of mine and we ended up grabbing a few drinks in Soho. At the end of the night he told me he was about to make his first film, and asked if was I interested in pitching some songs for it. I was a songwriter and a session player in those days so I said yeah, I’ll give it a shot.

I was writing with David Hughes back then, so we did five or six rough demos on a little 8-track recorder, sent them in, and forgot all about it. A few months later Gary Sinyor, the producer, called and said “Do you think you could write a film score?” I knew they couldn’t afford a real film composer so I said “Yeah, we’ll give it a shot.” And we just made it up as we went along. We were so clueless we were ringing the editor every day asking “What’s a two pop?… what’s a frame rate?… what’s a smpte?” We only got paid £250 for ‘Leon’ but it went on to win awards at the festivals in Europe, and we ended up scoring four more films with Vadim and another three with Gary. So, you never know.

Once you’re up and running most film offers come about because the director is into something you’ve done on another movie. But sometimes it’s from something obscure. The Guy Ritchie thing happened because I’d written some tracks for Sky Sports, kind of a dirty drum and bass vibe with crazy distorted bass guitar, and he tracked me down from that.   He sent me the script for Lock Stock and Two Smoking Barrels, and I loved it, so we met up. We’re both huge Ennio Morricone fans so we got on great.  And from that we did Snatch. I would have done Swept Away too but I’d already started 28 Days Later. I loved working with Guy. There’s no drama with him so everything happens quickly.

The longest collaboration was with Danny Boyle. I did five films with Danny and, up until the end of Sunshine, it was the most creative collaboration I’ve had. He just rang me up one morning, said he was doing two dark and weird films for the BBC, and asked if we could meet up the next day and if I could bring my guitar. So, I drove to Manchester, met Danny, and then sat down with the writer Jim Cartwright and wrote the songs for the first film, while Jenna G, the singer in the film, sang them. Maddest interview I ever had.

Your latest project is the music for Andrew Davies’ non-musical television adaptation of Victor Hugo’s famed novel Les Misérables. How did the series director, Tom Shankland, want you to approach the score and how did you get the music from the Broadway musical out of your mind to create such an original score?

To be honest, I’ve never seen the musical and we never mentioned the musical. The source of the story is the book. And Tom was hell-bent on going back to the source. The book was all I knew, so that was cool with me.

Tom’s original idea was to have a gnarly, down in the dirt, folk-oriented score, but written in a contemporary way so that it didn’t feel like a period score. But when we got into it we realized we could mix up the instrumentation too, and that brought a whole new dimension to the story and the characters. So I got to mix hurdy gurdys with analog synths, bowed psalteries with electric guitars, rabecs with backwards loops, that kind of thing. It was unholy but we loved it!

Tom was great. He wanted the score to be stylized and he was cool with experimenting to get there.

In addition to scoring some iconic films, you’ve also composed movie trailers for them, including Captain America: Winter Soldier, Gravity, X-Men: War of the Worlds, and the list goes on. Tell us a bit about the process of sonically peaking someone’s interest to see a film just from the preview.

Sometimes they’ll just license a track I’ve written; but if I’m writing a trailer I’ll try to be mindful of how the movie was scored; not just the instrumentation but the sensibility and the feel. But trailers tend to have a certain shape, and a certain dynamic, which you wouldn’t normally apply if you were scoring a scene within the movie itself. And, because it’s going to be competing against other trailers, you really have to play by ‘trailer rules’ rather than ‘scoring rules,’ or it won’t feel right. Which means you sometimes have to put on your ‘wham bam’ head on and just go for it. But usually, as with most things, I just go with my gut until it feels right.

Your music has been featured in advertising campaigns for iconic companies as well, including Nike, Audi, Microsoft, Louis Vuitton, Samsung, Google, and Apple. What’s the trick to landing gigs like that?

I wish I knew! I guess I lean towards writing theme-driven stuff more than anything, and that approach works for that medium. I’m a songwriter at heart and I grew up listening to the Beatles. So if it doesn’t have a hook or a theme while I’m writing I tend to lose interest. And when all you’ve got is 60 seconds to tell a story, then keeping your arrangement lean, and the intent simple and clear, can be an advantage. Even when I’ve written something I like I’ll go through this purging process where I’ll check every part and ask “Does it really need this?… no. Delete.” Nowadays, I try to make something work with the least possible parts.

You took some time off from film/TV music for other projects. Now that you’re back to it, are the places you find inspiration the same or are they now different? How has your creative process changed?

The inspirations are more or less the same, but the creative process changed. Hitting the pause button gave me a chance to think about how I’d been scoring movies. And I realized that the more savvy I was getting with programming and using the studio, the less I was actually composing. I’d gotten to a point where I’d spend ten minutes writing something and then ten hours programming and tinkering with it. I just didn’t realize it at the time. Studios are rabbit holes. And the more you learn about them, the deeper the rabbit hole. You just don’t get that perspective when you’re doing it day in and day out.

So for Les Miserables, I decided to go back to how I used to do it. If I had six hours to deliver a scene then I’d commit at least half that time to actually writing it, and then program or record it as best I could with whatever time was left. At the end of the day it’s the music and the ideas that matter, not how cleverly it’s programmed or recorded.

What are elements of other scores that get you excited to create your own?

For me, it’s when I hear a great theme. The first time I became aware that movies had music was Fistful of Dollars. I must have been five or six and it was on TV one night. I wasn’t watching it, I was probably playing with Legos or something, but the theme started playing and I remember going into this mesmerized state until it finished. I think that’s where my love of Ennio Morricone started! After that, it was the James Bond movies and those great John Barry themes. I loved those movies as a kid. Whenever the guitar riff crashed in, I’d race run around the room and climb over the furniture.   The other thing that gets me going is when I hear someone do something truly original, something out of the box and make it work. That always makes me want to jump up and write something.

Composing the score for Les Miserables was a joy. But it was like doing six movies back to back, so I won’t be jumping into another big project just yet! I’m going to work on some of my own projects for a few months and then see what’s around. A cool indie where I get to play everything myself would be nice.