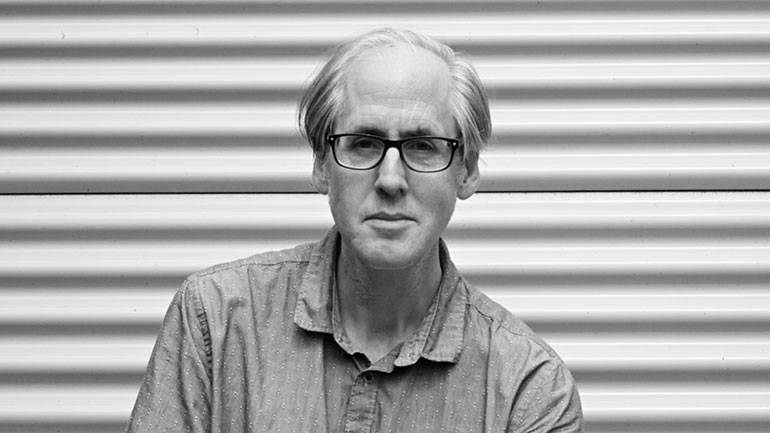 Five-time Emmy-winner Jeff Beal is renowned for scoring celebrated films and television series including House of Cards, Rome, Monk, Pollock, and Blackfish, as well as composing powerful orchestral works. The prolific and versatile composer has roots in classical music, which imbue his works with a wide range of moods and tones, augmented by improvisational flourishes honed from his deep love of jazz. Beals composes, orchestrates, conducts and mixes his own scores, and greatly enjoys performing them in concert halls.

Growing up in San Francisco’s Bay Area, Beal’s love of music was nurtured at an early age by his grandmother, who turned him onto artists like Miles Davis while he was learning classical and jazz trumpet. Beal taught himself to play piano, studied music theory and composed his first trumpet concerto at age 17 for the Oakland Youth Symphony at the behest of conductor Kent Nagano. Following that achievement, Beal branched out at the Eastman School of Music in Rochester, New York, to study under revered composers Christopher Rouse and Rayburn Wright. Upon graduation, Beal relocated to New York City, where he recorded several jazz albums for Island Records and mounted his career in media scoring that took him to Los Angeles.

His most recent work is The Paper Lined Shack, a personal five-movement song-cycle interwoven with a narrative from Beal’s own family history. Later this month, Beal will perform the work with all its original participants in Los Angeles. Additionally, he recently completed the score to the film Raymond & Ray, which sees a general release later this month.

We caught up with Beal recently as he prepares for his latest projects to come to fruition. Here’s what he had to say.

You’re incredibly busy with multiple projects either in the works or about to be released. As something of a departure from your celebrated scoring work, this past summer released a new project, The Paper Lined Shack. Can you share a little about what went into this very personal album?

The past several years I’ve been doing more concert and dance commissions and really loving it. I feel challenged and inspired by new creative spaces and contexts in which to create. The Paper Lined Shack is a song cycle for soprano and orchestra, composed for soprano Hilá Plitmann, which was commissioned by the St. Louis Symphony in honor of Leonard Slatkin’s 50 years with the orchestra. I’d worked with Hilá on a film a few years ago and loved her voice and way of interpreting; she can do just about anything. Leonard has become a champion of my music, having conducted several other works. Many know he has been a real advocate for American composers his entire career.

In looking for the right text I decided to use a memoir my great-grandmother Della had written at the end of her life, about her days out west on a farm in the early 1900s with her husband, Franklin. Franklin died suddenly and left Della with six kids to raise. My wife Joan, also the librettist for the piece, had noticed how beautifully and poignantly she wrote about her early years and utilized the text to craft five poems for me to set to music. There was something very powerful in there to explore, both from a personal side, and also from a more universal one as well. I feel Della’s sense of perseverance and love of her children, in the midst of a lot of hardship, was quite moving. I wrote the songs before covid, and we were able to record them just before 2020, when the world shut down. There was such a lack of self-pity, a sense of humor in her spirit which I feel is very quintessentially true of immigrant families (she was the child of first generation German emigres). The other work on the record is a string quartet in four movements called “Things Unseen” which I recorded with the New Hollywood String quartet (after we had vaccines!).

We understand that you’ll be bringing this music back to the stage in October with the New Hollywood String Quartet at Zipper Hall at the Colburn School in Los Angeles for its West Coast premiere, and you’ll be performing with all the original musicians from the recording. Given the history you have with this particular project, how are you feeling going into this performance?

I can’t wait to share this concert with my many friends in Los Angeles. We presented it in New York and Boston a few months ago - it makes for a very special, intimate evening. I come from live performance, having begun as a jazz and classical trumpet player, and I think one thing I learned from the lockdown was how much I appreciated and yearned for the live concert experience again. When I first heard Hilá do these songs in 2019 - it was striking how much it really feels like a little one act opera in her hands; the theatrical presentation of it is really fun to do. In the case of the concert, there is also a visual component I’ve designed to project the text and images that help to add to the storytelling.

Another recent project of yours, Raymond & Ray, premiered at the Toronto Film Festival, with a general release slated for October. What was the experience like working with directors Rodrigo Garcia and Alfonso Cuaron? I understand the music plays a very specific role. Can you elaborate on that?

Raymond & Ray was a really a special project - Rodrigo and I have known each other since we first worked on Carnivàle for HBO. A few years ago he sent me a script, and I learned that one of the main characters was a jazz trumpet player. It was very personal, bittersweet but also quite darkly comedic. Again, the pandemic slowed everything down but eventually Rodrigo was able to shoot with Ethan Hawke, who plays Ray, the trumpet player down on his luck. Ewan McGreger plays his half-brother. Aside from composing the whole score, I also created some trumpet pieces as pre-records for Ethan to “play” on set. It was a real thrill to be there in Virginia when they shot those scenes. I made some videos of myself playing the parts so Ethan could get the fingers and body language right and he did a fantastic job. Personally, it also feels on the surface for me, as it’s about a father dying, and I’m close to saying goodbye to my own father in the next year or so. One of the things the film does so well is get at the awkward way in which men often access and express their emotions. Ethan and Ewan are disarmingly gruff yet vulnerable in the most beautiful way. Musically, it was a delicate process of finding the tone that served all of these conflicting threads. In an odd way, I feel like the two threads of my musical life somehow intersected in a most enjoyable way. The trumpet player and the film composer got to both have their moment.

You’re a truly versatile creative – a self-taught musician inspired by improvisational jazz who is equally adept at composing, orchestrating, conducting, mixing and performing. Is there a single one of these disciplines you feel particularly comfortable in? What is your creative process like?

I think I’m a bit of a risk junkie - in the sense that the uncertainty of trying new things generally does not deter my curiosity. Conducting is a great example of that. I came to symphony conducting quite late, but now enjoy it immensely and learn every time I do it. I would have to say composing is the most natural of my creative habitats. It comes straight from my process as an improviser and experimenter, and when I’m keeping a regular schedule it’s very natural to spend several hours of any day doing it. I like long, uninterrupted sessions to compose, generally in the earlier part of the day. I also enjoy just thinking about a new piece or musical problem before I attack it. Even on a deadline the space between a first go at something and that second day is crucial - I’m about to go start my writing day and listen to what I started yesterday on a new project. I’ll discover what works, and what doesn’t and build from there. It’s true what they say about “sleeping on a problem” - I also like walks and other non-musical activities to break up the desk work.

In addition to founding the Beal Institute for Film Music and Contemporary Media at Eastman, a program designed to prepare aspiring music students for the evolving opportunities in film and contemporary media, you are also involved in the Music and Medicine initiative at the University of Rochester. Tell us a bit about these different avenues you’ve created for philanthropy and giving back to the music community.

We are excited to be involved with the collaborative effort of the University of Rochester Medical Center and the Eastman School’s Performing Arts Medicine Program (EPAM). The mission of EPAM is to deliver the potential of the performing arts and medicine in the healthcare environment. Led by our extraordinary friend, director Gaelen McCormick, a gifted musician, bassist and educator, we are looking forward to seeing how this program will continue to impact the lives of students, patients and caregivers. We understand, on a deeply personal level, the impact of music on health.

What role has BMI played, thus far, in your remarkable career?

As creators our copyrights are our most valuable asset over time. BMI has been a great partner in helping keep track of my catalog and performances all over the world. As the years accumulate, I see more and more how complex this becomes as a catalog grows, and BMI is an essential part of the last mile of my work as it goes around the world. I’ve also really appreciated over the years the community I’ve found in being a member. We composers often don’t get to see each other much. I’ll always be grateful for the conducting workshop I did with Lucas Richman early in my career; Lucas was actually in Jerusalem where I conducted House of Cards in concert - and I was honored he was able to be there for that. I also really appreciated their support of the Sundance composer’s lab over the years and many other special events. Now that I’m more active as a concert composer, I also appreciate their support and tracking of my live concert performances in the U.S. and abroad.