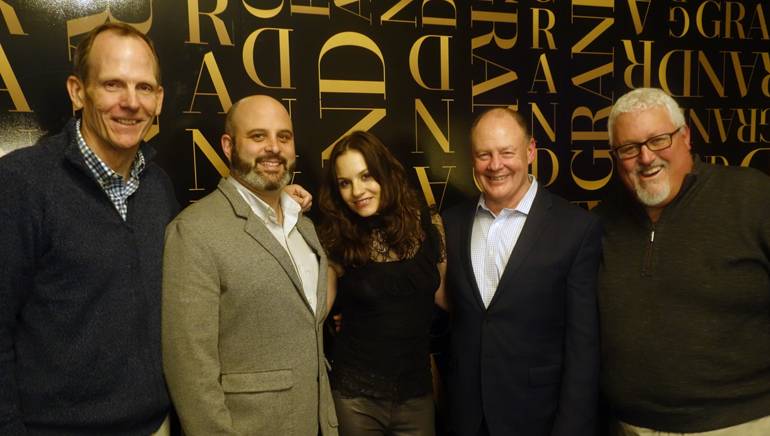 BMI Songwriter of the Year Kara DioGuardi was the featured entertainer at “The Toast,” the annual reception held in conjunction with the New England Food Show. The event, which is a joint venture between the Massachusetts Restaurant Association and the National Restaurant Association was held on February 25, at The Grand, a brand-new BMI-licensed venue in Boston’s Seaport area, and was attended by restaurant owners and executives from across New England.  DioGuardi’s songs have been recorded by the likes of P!nk, Kelly Clarkson, Christina Aguilera and Britney Spears, and have appeared on more than 160 million albums. She is also an accomplished producer, publisher, TV personality, Broadway performer and author. In addition, the former American Idol judge has used her celebrity to benefit the youth of New England by creating “Inspired Nation,” a charity that provides opportunities for children to use music as a means to improve their lives and pursue their dreams. During her acoustic performance for the New England restaurant community, DioGuardi performed some of her biggest pop hits and told the stories of how they were written.