Posted in MusicWorld on February 19, 2015 by Jason Blume 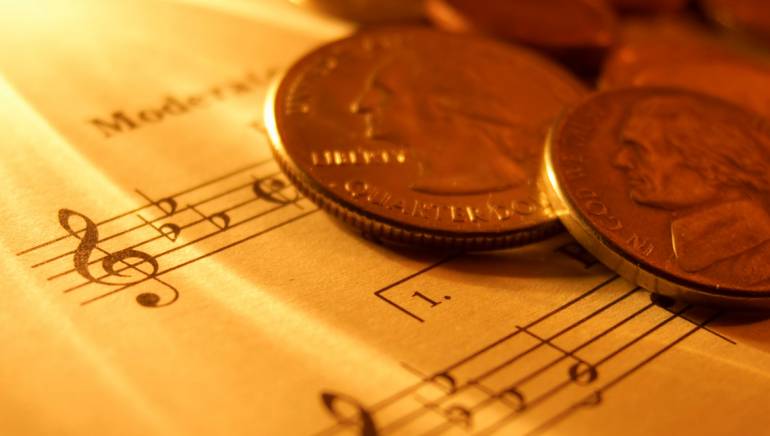 Some songwriters establish a music publishing company with the intention of publishing only their own material. Songwriters who retain their publishing rights earn both the writer’s share and the publisher’s share of any income their songs generate. In addition to earning twice the money, the other major benefit to self-publishing is that you control all creative and business decisions regarding your songs. For those who are able to secure placements of their material and generate income without relying on a publisher, self-publishing may be ideal.

To qualify for affiliation as a publisher with BMI you must be the publisher or co-publisher of one or more commercially released musical compositions (for example, a song available for sale on CD, DVD, or as a digital download); or music that is being broadcast, or is likely to be broadcast, on radio, television, film, or other electronic mediums such as, cable, Internet, or pay-per-view; or work that is being performed in venues that are licensable by PROs (such as nightclubs, concerts, or symphonic recitals).

Applications can be completed online. There is a $150 fee for solely owned publishing companies to affiliate; $250 for partnerships, corporations, and limited-liability companies. There is no fee to affiliate with BMI as a writer.

As part of the application process you will be required to submit five potential names for your publishing company in order of preference. You will likely need to be creative in selecting your company name because any name that is identical—or deemed too similar—to an existing music publishing company will be rejected in order to avoid confusion and the potential of payments being issued to the wrong company.

After your publishing company’s name has been cleared and your application for affiliation has been accepted, your next step is to complete the paperwork required by the state in which you reside to legally establish yourself as a business. You can learn what your state requires and download the necessary forms by visiting the website of the Secretary of State’s office or the County Clerk.

It is likely that you will need to file either a “fictitious name statement” or a “d-b-a” (“doing-business-as”) form. Depending upon the requirements in your location, you may also need to publish (in a local newspaper) a statement of your intent to do business.

In most locales, proof of completion of these forms is required in order to open a bank account in the name of your business. This is necessary in order to cash checks drafted to your company (such as performance and mechanical royalty checks).

Songwriters can only affiliate with one society at a time. If you are a BMI-affiliated songwriter who is publishing only your own songs, your publishing company only needs to be affiliated with BMI; you do not need to join any other PRO. However, if you publish songs by writers who are members of other performing rights societies, you must establish a publishing company that is affiliated with each society that represents one of your writers, and each of these companies needs to have a different name.

As a publisher you will be required to register your songs with BMI.  To register a song simply login to BMI Online Services and navigate to “Works Registration”.  Alternatively you may register using a “Work Registration” form—available for download at www.bmi.com/forms. Using either method, you provide information including the songs’ writer(s) and publisher(s); the percentage of ownership assigned to each; and contact information.

To gain maximum protection, you will likely want to register the songs you publish with the U.S. Copyright Office. If you have already registered the songs in your own name, you will need to file the appropriate forms to transfer the copyright(s) to your publishing company.

If you have followed the steps outlined above, you have now established a music publishing company. As a music publisher, you will be required to issue licenses (such as mechanical/recording licenses, print licenses, and synchronization licenses) for the songs you represent. But the more challenging task will be generating income by placing the songs you publish with successful recording artists, or on television and in films.

If you represent songs that are competitive in the current marketplace, and you are diligent about taking care of business, you should be well on your way to being a successful publisher!

Jason’s songs have been included in films and TV shows including “Scrubs,” “Friday Night Lights,” “Assassination Games,” Disney’s “Kim Possible” “Dangerous Minds,” “Kickin’ it Old Skool,” “The Guiding Light,” “The Miss America Pageant,” and many more.  Jason is in his nineteenth year of teaching the BMI Nashville Songwriters workshops. A regular contributor to BMI’s Music World magazine, he presented a master class at the Liverpool Institute for Performing Arts (founded by Sir Paul McCartney) and teaches songwriting throughout the U.S., Australia, New Zealand, Norway, Ireland, the U.K., Canada, Bermuda, and Jamaica.